Zimkhitha Nyoka on being cast as a teenager 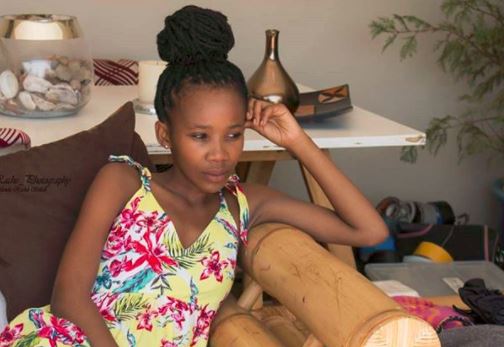 Actress Zimkhitha Nyoka is a 27-year-old who has been slaying teenage roles.
Image: Via instagram/Zimkhita Nyoka

Zimkhitha Nyoka has become synonymous with teenage roles, but is grateful that she's not actually a teenager in an industry that can be a "dangerous and abusive space".

Speaking to TshisaLIVE, the actress said even though she was lucky to land into productions where she was protected from things like couch casting requests and all sorts of harassment, she's seen other young people go through it.

"I've experienced some crew members basically abusing background artists on set. Because mostly its children, you know young people looking for experience in the industry or trying to make extra cash. Then you have all these powerful people who just prey on them because they can."

The actress explained that even though she's all for youth empowerment, she often thought about some of the storylines she has to act out and was glad she's older.

"For me, I think about some of the roles I play. Some of them, if you are actually 17, you are not going to be comfortable enough. You not going to be able to be as honest and truthful, you are going to be too young to tell that kind of truth, I guess."

The 27-year-old fresh-faced actress said she was grateful to be playing young roles and said she was yet to receive complaints from young talent about hogging all "their" roles.

"Funny enough I haven't gotten bad feedback from the young people telling me how I am 'hogging' their jobs. But that may be because they don't know how old I really am. I've thought about it though, asking myself if teenagers don't look at me and go 'why is this old woman taking our jobs?'" she said.

However Zimkhitha explained that there's a better understanding when you are older and a wider approach to the teenage roles because it isn't her current reality.

The Nkululeko actress recalled some of the uncomfortable storylines she's played like the time her young character was dating a 50 year old man or when her character was being molested, all of which needed a more mature actress.

She said the physiological effects of embodying someone as an actor are also a lot easier to deal with when you are more experienced, both as an actor and as a person.

Pastor Paseka "Mboro" Motsoeneng has moved his TV show from Soweto TV to ANN7 and believes that he can bring about a change in fortunes at the ailing ...
TshisaLIVE
3 years ago

A year after Emtee had fans in a frenzy by announcing to TshisaLIVE that he was starting his own TV reality music competition, the rapper is finally ...
TshisaLIVE
3 years ago

Lupita Nyong'o has the world eating out of the palm of her hand and her father Peter Ayang Nyong'o couldn't be prouder. Pappa Nyong'o was in Zimbabwe ...
TshisaLIVE
3 years ago

2018 has been an incredible for The Queen actor Moshe Ndiki and while the actor has credited God's timing and hard work, he's also shared that he's ...
TshisaLIVE
3 years ago

Retirement is a word that does not exist in Lillian Dube's vocabulary, even after being the industry for several decades.
TshisaLIVE
3 years ago