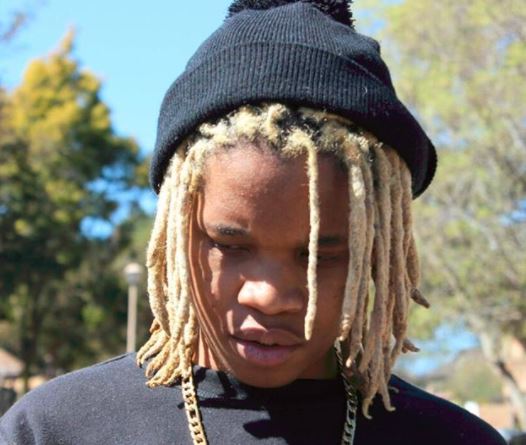 Rapper Saudi says he's just confronting a topic people would rather ignore with his music.
Image: Via instagram/Saudi

Rapper Saudi has come out to clarify that despite the title of his album, he isn't glorying drug abuse instead he's shining the light on the effect it has on kids growing up in Soweto.

Speaking to TshisaLIVE fresh-off his first Billboard entry for his Black Panther soundtrack, the rapper said that he was aware of the commentary surrounding his album's name and that he was in no way condoning the use of drugs.

"I named my album that because my generation is the one generation that has had to grow up in a drug infested era. We are the ones that have been most affected and infected by drugs, experiencing everything first hand. But nobody ever talks about it. We are instead labeled but nobody addresses the fact that there are many other factors involved."

The rapper, who prides himself in being part of the African Trap Movement (ATM), said as a rapper he won't deny that their lifestyles paint a different picture, but said people should not take his album's name at face value.

Saudi said his album's name was actually an acronym with a deeper meaning to it.

"DRUGS INC is an acronym for Devils Revenge Upon God's Servant Is Not Crime – its Soweto, which sums up my upbringing and life experiences. I wouldn't totally be honest in my music if I didn't mention drugs, so they do feature. But people misunderstood my album's name; I don't glorify drugs at all."

Saudi said there was a point in his life when he resorted to doing things that were "not right" until music saved his life. He said at the time he had to do everything in his power to help put food on the table.

The rapper also explained that if a person understood where he was coming from then they would understand his life story and music better.

"The album tries to explain why it is easier for most of us (young people) to glorify drugs. Most of our realities have been hard and harsh, in that context anything that offers an escape route will end up being glorified."

Saudi also recently featured on Beats 1 radio on Apple Music in an interview on Zane Lowe’s show which premiered on February 26 but will be repeated for the next two weeks.

There, Saudi, Sjava and fellow artist featured on the Marvel film soundtrack, spoke about their contribution to Black Panther: The Album.

It took an ultimatum from an old boss for Scandal! actress Lusanda Mbane to choose acting over her corporate gig, and it has been the most rewarding ...
TshisaLIVE
3 years ago

Zimkhitha Nyoka on being cast as a teenager

Zimkhitha Nyoka has become synonymous with teenage roles, but is grateful that she's not actually a teenager in an industry that can be a "dangerous ...
TshisaLIVE
3 years ago

Pearl Monama unfazed by backlash over her Generations character

Actress Pearl Monama has had her fair share of backlash for her role as Sphesihle 'Sphe' Cele but says that she has learnt to shrug off the hate her ...
TshisaLIVE
3 years ago

Just a few weeks after he dropped his debut album Saudi was basking in the limelight after his Black Panther soundtrack feature was announced, and ...
TshisaLIVE
3 years ago

After years of putting it off out of fear, gospel music veteran Rebecca Malope has finally decided to embrace her "new calling" as a radio host, ...
TshisaLIVE
3 years ago