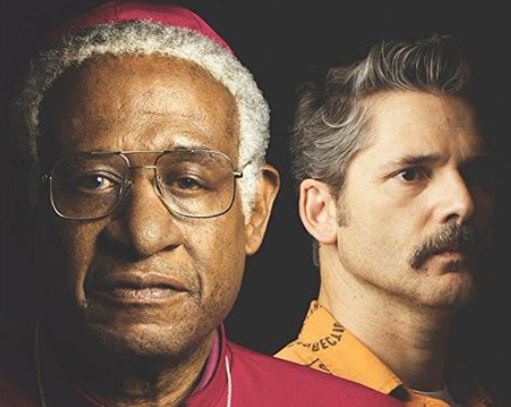 After several years in production, a film based on Desmond Tutu, and the Truth and Reconciliation Commission will finally see the light of day, but fans are not impressed.

The movie, entitled The Forgiven, will screen in America this week and imagines a meeting between Tutu and prisoner Piet Blomfield who is looking for mercy. Set inside a high-security prison, the thriller plays out like an explosive cat-and-mouse game.

A trailer for the film, which stars Forest Whitaker as Tutu was released last week and fans immediately slammed Forest's accent, as well as, his lack of resemblance to Tutu.

Taking to social media and the comments section of the trailer, viewers predicted that Forest would struggle with the accent as much as he did in Black Panther. While others suggested that he looked nothing like Tutu.

Forest Whitaker watching us roast his Black Panther accent as he prepares to promote his Desmond Tutu movie pic.twitter.com/G9GPfWMT9P

Forrest Whitaker playing Desmond Tutu is really that bullshit. Is he still going to serve us that "Di strinf of di bleck pentha will now be streeped eweh"? Accent? Why is he wearing a prosthetic nose?

WHEN WILL HOLLYWOOD STOP DISRESPECTING US? pic.twitter.com/LpBYttLJL0

Now I'm even angrier at the thought of Forest Whitaker playing Desmond Tutu! That accent Bawo wam was unbearable.

When Tutu heard that Forest Whitaker would play him, he warned him not to speak like he did in Black Panther pic.twitter.com/XzKfRZBxkZ

Yoh look at the " the forgiven" trailer. This is forest whitaker second time playing a South African. He has played another African in the Last King of Scotland. His accent is terrible, and now he is playing Desmond Tutu.

But Desmond Tutu is short and Forest Whitaker is lank man 😂😂😂😂

Speaking about the decision to cast Forest as Tutu, the film's producers told The Wrap that the Hollywood star brought depth and power to the role.

“Forest Whitaker brings a great sense of depth and power to all his performances and he is the perfect match for Tutu’s complex character, president of 13 Films Tannaz Anisi said.

The Forgiven is based on Michael Ashton’s play, The Archbishop and The Antichrist. The project was first announced six years ago and at one time even included Vince Vaughn.

The film opens in the US on Friday March 9, with a South African release date yet to be confirmed.