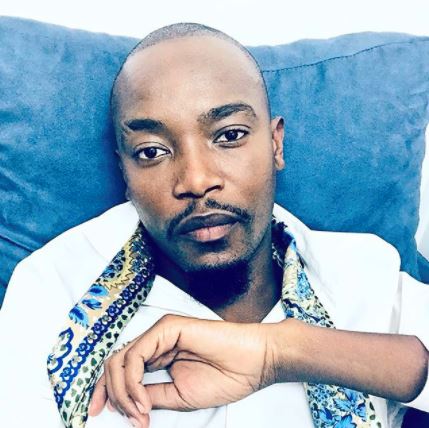 Actor Moshe Ndiki plays the role of Prince on The Queen.
Image: Via Instagram

Moshe Ndiki has been playing his gay character so well that fans have assumed Prince is an extension of him but the actor has clarified that it isn't a walk in the park to bring him to life.

The Queen actor told TshisaLIVE it was actually more difficult than he thought it would be to play a gay character, even though he's a gay man himself.

"I studied this craft and I'm passionate about it. When I got my character on The Queen I had to research and work really hard to find him. People think it was easy because he's gay, but being gay is the only significant similarity we have. Acting as Prince wasn't  easier because I'm gay, he's a layered character and his background differs greatly to mine."

Moshe's debut on the popular telenovela won him legions of fans as well as critics.

The actor emphasised that despite the obvious similarities between him and his flamboyant character, he still had to work hard to bring Prince to life.

He said Connie Ferguson held his hand through the process of helping bring his character to life.

"We are not cut from the same cloth as much as people think. Our backgrounds differ and our stories are different. It's literally just like any other straight guy playing a character of a straight guy who is nothing like him."

Moshe said he was confident he would excel in whatever character he gets after Prince however he was not in a hurry as he is learning a lot from working with Ferguson Films.

He explained that he was looking forward to playing a character that is distinctly different to him, like a straight man who's a priest or gangster.

"It was just a coincidence that Prince had more similarities to me. I was actually cast as a straight guy but I unfortunately couldn't take the role because I had too much on my plate. But being cast for it was a nice confidence booster for me. I was like, if they saw a straight man when I auditioned and they believed me in that character then I didn't go to school for nothing."

Lusanda Mbane on finding the balance between fame & family

Even though Lusanda Mbane loves every part of being in the limelight, including the constant fan attention, it's been a juggling act to protect her ...
TshisaLIVE
4 years ago

In what can be dubbed as a Friday morning treat, Isibaya actor Pallance Dladla has shared some smoking-hot topless pictures from his latest shoot.
TshisaLIVE
4 years ago

Rapper Saudi has come out to clarify that despite the title of his album, he isn't glorying drug abuse instead he's shining the light on the effect ...
TshisaLIVE
4 years ago

Kagiso Lediga's laid back attitude and trademark tee and pants have seen the comedian win over many fans and get dragged by others who have publicly ...
TshisaLIVE
4 years ago