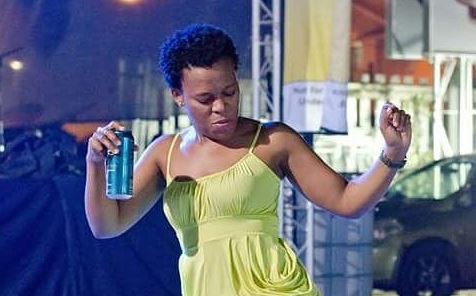 Zodwa Wabantu is adamant that she will perform in Zambia this weekend.
Image: Via Instagram

Zodwa Wabantu has rubbished claims she's been banned from performing in Zambia this weekend, telling TshisaLIVE that she has a contract to perform and will be rocking up with no panties, despite a religious and political leader's protests.

The dancer made headlines in Zambia recently when the National Guidance and Religious Affairs Minister, Godfridah Sumaili, told state-run newspaper The Times of Zambia that Zodwa was not welcome in the country and was promoting immorality with her shows.

As men and women took to social media to protest the decision, the minister denied that Zodwa has been banned from the country, instead insisting the entertainer did not have the correct permits to perform.  She once again raised issue with Zodwa's decision not to wear underwear and said that Zambia was a "Christian nation" that promoted values.

However, a letter seen by TshisaLIVE shows that promoters and Zodwa's team had agreed to have her in the country to perform this weekend and had paid Zodwa's R35,000 booking fee in full.

Zodwa told TshisaLIVE that nothing would stop her from performing in the country and slammed "hypocrites" who had labelled her "unchristian."

"I have signed all the paperwork and I am flying out later this week to perform there. I think that people are just trying to sabotage me and the event. The underwear thing is my choice and I don't understand why people are so upset. There are Christians who do much worse things behind closed doors."

She said that authorities were hoping to pray for her and cast out her "demons" while she was in the country.

"I will never wear a panty. I won't change who I am for them. Maybe they think they will pray for me or make me better. I survived 2017 and I will survive this year. They can go and f*ck off if they have a problem with it."

The reports come only months after Zodwa was reportedly banned from performing in Lesotho. She also cancelled shows in Zimbabwe after an outcry over her scheduled shows in the country, citing security fears.