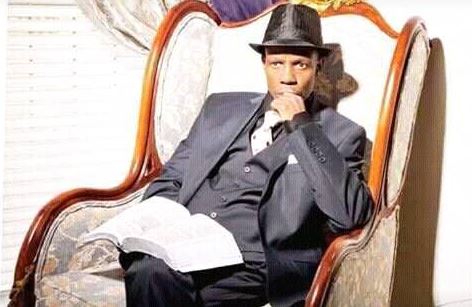 Pastor Mboro has pulled his show from ANN7.
Image: Via Incredible Happening's Facebook

Just days after Pastor Paseka "Mboro" Motsoeneng told TshisaLIVE that he would "save" troubled news channel ANN7 by moving his show from Soweto TV to the channel, he has put the brakes on the show, insisting that he will cancel his contract if the broadcaster is still linked to the Gupta family.

Mboro withdrew his TV show and a scheduled interview on the channel at the 11th hour after he became suspicious of the company's links to the Guptas.

"I was approached by the channel and paid to have my shows aired on the channel, but when I saw and discovered certain things, I felt that they would affect my reputation by being associated with them. I told them that I would not be a part of the channel until they cleared that up. I told them I am cutting them off until I have clarity."'

Mboro requested an interview with ANN7 boss Jimmy Manyi and said he made Manyi aware of documents and archives linking the company to the Guptas. He said he was told the documents were old and there was no link between the company and the controversial family.

"There was a breakdown in communications between me and the operating staff and things that were supposed to be clear were not clear. It appeared as if he was fronting for the family. He told me that since November he had owned the station without interference. They pleaded with me to not leave the channel because I will bring good numbers and a good name to the channel"

He said he had accepted their reasoning but gave them until the end of the week to prove to him, through evidence and documentation, that they were not still owned by the Gupta family.

"I will be monitoring the situation. I need to be shown 100 percent. If that is done, we will proceed with the relationship."

In a statement, ANN7 confirmed the meeting with Mboro and said that the pastor had expressed his concern.

It is common knowledge that the media companies (ANN7 and The New Age) have recently been bought from the Gupta family owned Oakbay Investments. These are old archives that have Gupta history and this had caused confusion in taking this project further," read the statement.

Speaking to TshisaLIVE last week, Mboro revealed that he moved his show to ANN7 after seeing the demand for the show. He added that he wanted to start his own channel.

"People would ask me why I wasn't on TV anymore and they asked me to come back. That was why I decided to go on ANN7. I know that they sometimes struggle but if they let me have the freedom that they promised me, I will save them and increase their ratings. I must be judged on whether I build or destroy communities."