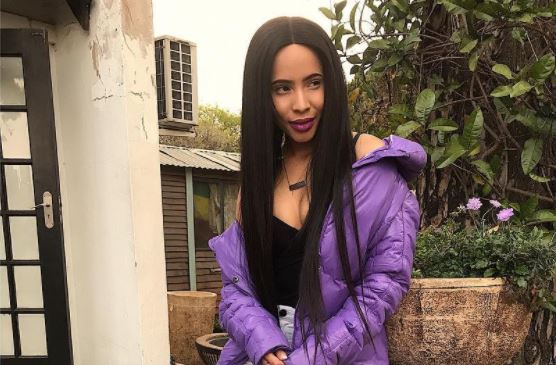 Thuli Phongolo is throwing herself into music and a new series.
Image: Via Thuli's Instagram

Actress Thuli Phongolo won't be joining the UIF line after she stops getting those Generations: The Legacy cheques, because the star has big plans to move her career forward.

After a year of contemplation, Thuli recently decided to call time on her role as Namhla and told Trending SA she was off to pursue other projects.

"Even last year when my contract was renewed, I was thinking of going but I was scared because I didn't know what I was going to do next. Being on a soapie in this country gives you some stability. So when the story came up (the soapie's new storylines), I thought it was a great time (to leave)."

And while she'll miss her time on Generations, she said she has plenty of things to keep her busy.

"Since I have started DJing, things have been going well. I am going to have my mixes on one of the stations here and of course I have been working with (shoe brand) Footwork. There are upcoming roles where you will see me in a different light, not as a kid anymore, and I hope fans will like that and can relate."

It's a brave step for a performer who told TshisaLIVE last year that when she first started out as a DJ she "didn't even know how to play".

"After I kept talking about my extensive love for music, DJ Zoe said to me, why don't you just do it because you have an ear for music. So she began mentoring me. I had only 12 lessons before I could go to my first gig because Zoe started advertising for her event that was coming up and put me on the line up. My PR people sent out a press release saying I was a DJ, and at that time I didn't even know how to play properly."

Although she was tight-lipped on what show she was joining and rumours of it being Mzansi Magic's The Queen, she did hint at possibly being cast on a show "about something regal."

Meanwhile, we'll be watching our TV for her return like...

Playing the character of an autistic person can be a challenge for any actor but it was a role Generations: The Legacy actor Donovan Pieterson ...
TshisaLIVE
4 years ago

Pastor Mboro convinced ANN7 has no links to Gupta family, goes ahead with his show

Pastor Paseka Motsoeneng‚ known as the controversial Mboro‚ on Tuesday said he had an obligation to better the lives of ANN7 staff and would ...
TshisaLIVE
4 years ago

Inxeba is back on screens - what next?

The producers of controversial film Inxeba (The Wound) and its biggest critics claimed victory on Tuesday after the High Court in Pretoria agreed to ...
TshisaLIVE
4 years ago

Fans of Inxeba (The Wound) will now be able to watch the film in cinemas after an appeal on the reclassification of the film to X18 was taken to ...
TshisaLIVE
4 years ago