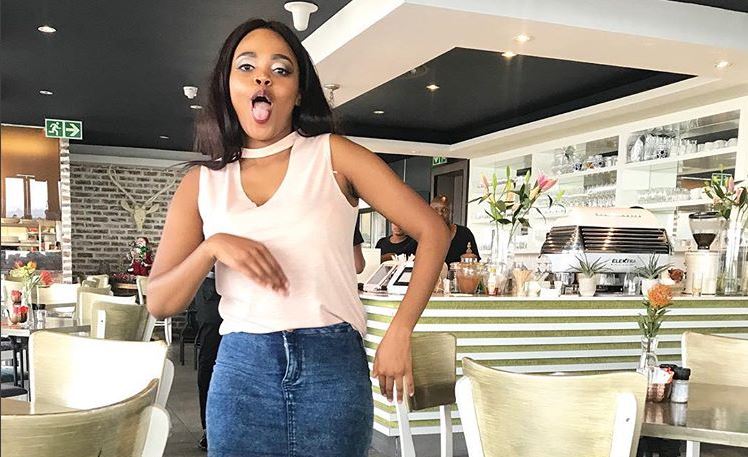 Generations: The Legacy actress Luyanda Mzazi may be the baby of the soapie but that hasn't stop fans from making up some crazy stories about her. From chancers claiming they're dating her to rumours of her beating up Skeem Saam's Pretty in a catfight, she's heard it all.

Luyanda has become a firm fan favourite for her role as Lesedi on the popular soapie and told TshisaLIVE that fame brought its fair share of wild stories about her.

Just days after a fake story surfaced online of her apparently beating up actress Lerato Marabe in a fight over Thabo Mkhabela (who plays Leshole in Skeem Saam), she said she discovered another hoax video of her dancing provocatively online.

However, Luyanda has labelled the catfight story as rubbish and has revealed that she actually has dololo dancing skills.

“I don’t listen or pay attention to what is said about me online. My friends show me all the stories. I have never fought anyone and I can’t dance to save my life. Someone posted a picture of me supposedly dancing seductively but I can’t even vosho. If I do one, I can’t even get up."

The video emerged after Luyanda left fans drooling with pictures of herself in a cozzie, while on vacay.

Floating the river, killing my liver 💆🏽.

She said that guys even claimed to be dating her after seeing the snaps.

“You get people who claim to be dating me. They asking for pictures. I think it is cute. I don’t think too much about it. I kind of just go with the flow," she said.

Luyanda is just grateful for every moment she had on screens after grabbing the role on her first attempt at auditioning, which she thought was a train wreck.

“I really sucked. I sucked a whole lot. I went home resigned to the fact that I wasn’t going to get the role. I was sure of it. I was really nervous during the auditions. But I did get it and the rest is history."

Pastor Mboro convinced ANN7 has no links to Gupta family, goes ahead with his show

Pastor Paseka Motsoeneng‚ known as the controversial Mboro‚ on Tuesday said he had an obligation to better the lives of ANN7 staff and would ...
TshisaLIVE
3 years ago

Inxeba is back on screens - what next?

The producers of controversial film Inxeba (The Wound) and its biggest critics claimed victory on Tuesday after the High Court in Pretoria agreed to ...
TshisaLIVE
3 years ago

Fans of Inxeba (The Wound) will now be able to watch the film in cinemas after an appeal on the reclassification of the film to X18 was taken to ...
TshisaLIVE
3 years ago