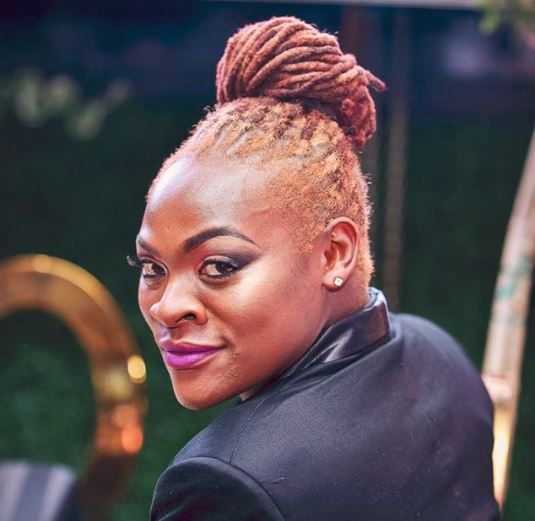 Actor and presenter Khaya Dladla says his dating advice is not for the faint hearted.
Image: Via Instagram/Khaya Dladla

Khaya Dladla has called bullsh*t on the unspoken rule that friends' exes are out of bounds, saying it shows how selfish human beings can be.

The Uzalo actor told TshisaLIVE he often played Sis Dolly for his friends and they always debated about whether it was okay for someone to date their friend's ex. Khaya said for him, it’s a no brainer.

"I have this particular stance on a matter that always brings heated debate at my house, and even on the show. The issue of dating a friend's ex, people always make it too deep. It really isn't and it reminds me of just how selfish human beings can be. I mean, if you don't want this partner of yours, why shouldn't the other people have him or her? What if my happiness is in my best friend's ex? Maybe I am meant to meet my future husband through my friend."

Khaya said that the exes rule was a clear example of how people only wanted to believe in fate when it suited them. He said the whole "ex thing" drove him crazy because he didn't understand why people don't want others to be happy.

The actor said the Khaya that people see on The Man Council is exactly how you would find him putting his friends back in their lanes over a glass of wine at his house.

"Everyone needs a Sis Dolly in their lives, someone who is going to knock some sense into you when love starts pulling you in the wrong direction. People get lost in love," he said.

The actor said even though he's only been on the small screen for three years, he career in the industry spanned over two decades. He explained that in an attempt to live out his passion without the fame, he did theatre for over 16 years.

Khaya explained that since his Uzalo debut, a lot changed for him and he's now at a point where he wishes for people to know the real him.

That inspired his decision to do a talk show, The Man Council.

"I wanted to do television, but ended up staying as long as I have in theatre because I didn't really want the fame side of it. Uzalo was my first television audition and my first role.

"I am known as a character and my character is so ratchet, so crazy and nonchalant. He's also so not articulate in English, so when I speak as Khaya, most people are shocked. So I decided, I'm going to do more things that show people who I am."

AKA may just be serious about this whole retirement thing after all.
TshisaLIVE
3 years ago

The ward of words between DJ Shimza and Prince Kaybee became more toxic than a nuclear power plant on Thursday, after Shimza dismissed Heavy K's ...
TshisaLIVE
3 years ago