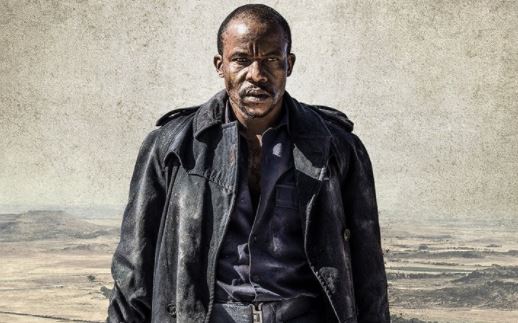 Actor Mduduzi Mabaso may have a massive fan club for his Rhythm City character Suffocate, but he had to leave him behind when he put on his cowboy boots for a role in SA western Five Fingers of Marseilles.

After slaying in Hollywood films Blood Diamond and Hotel Rwanda, Mduduzi returned to the big screens as no-nonsense police chief Luyanda in the western.

While Luyanda and Suffocate were in the same WhatsApp group of being nasty, Mduduzi told TshisaLIVE that was where the similarities ended.

The movie is the country's first stab at stories based in the Wild West.  Mduduzi said South Africans were ready to see themselves in a decent cowboy movie.

"People think that we are not at the same standard as international film industries but I think we are and I think South Africans are ready for something unique like this. Most of the time, westerns are acted by white people. It shows that we can do anything and there is no boundaries, even in westerns."

The cast of the film; which includes big-hitters like Vuyo Dabula, Jerry Mofokeng, Warren Masemola and Hamilton Dlamini; went to Lady Grey near Aliwal North for several weeks to shoot in hectic weather conditions.

Mduduzi said the experience was eye-opening and difficult.

"We had to take ourselves out of this world and into that one. We became really close as a cast and crew and I think it shows on screen."

Five Fingers of Marseilles opens in cinemas on April 6. We think it'll blow your mind and suggest you go see it asap!

AKA may just be serious about this whole retirement thing after all.
TshisaLIVE
4 years ago

The ward of words between DJ Shimza and Prince Kaybee became more toxic than a nuclear power plant on Thursday, after Shimza dismissed Heavy K's ...
TshisaLIVE
4 years ago

Musician and actor Brian Temba has confirmed that he is leaving Muvhango, but there's no need to get out the tissues just yet, because he will still ...
TshisaLIVE
4 years ago

From chancers claiming they are dating her to rumours of her beating Skeem Saam's Pretty in a catfight, she's seen it all
TshisaLIVE
4 years ago