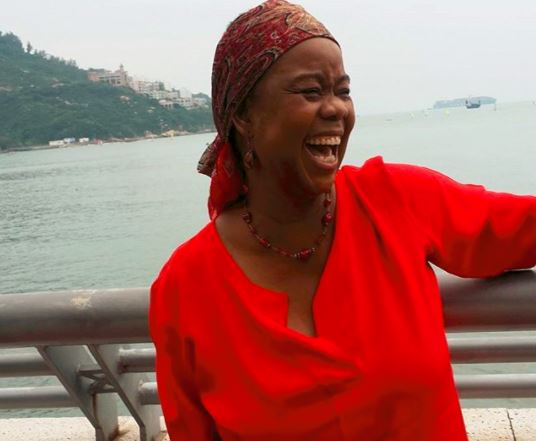 Thembi Mtshali has strong views about women who according to her often blur the lines between acting out of love and acting out of selfishness, especially where their children are concerned.

The actress, who has bagged a lead role on new drama Imbewu: The Seed as Mandlovu, explained that her character would be a reflection of most women in Mzansi who carry many secrets that can hurt many people.

"In most families, there are secrets that are never spoken about and most of the time, it is the women who know about these secrets. They keep them and convince themselves that they are doing it out of love.. for their children or their families. However, it is because of selfishness.

"Where children are concerned, there's a saying that goes; children belong to their mothers. I say this because especially where paternity is concerned they are the ones they really know."

The story which revolves around the families of two brothers touches on an old tradition where, in the event that one brother is impotent the other brother impregnates his wife for him (sometimes without his knowledge).

The 68-year-old actress said, as a mother and an elder she has seen some of the effects of keeping secrets such as the real identity of a child's father in her community.

"The effects of some of our traditions are really bad. We've gotten to a point in our story-telling where we going to the grassroots of most of the problems we have in our communities. This story will provoke questions and expose women who disguise their selfishness as love."

Thembi said as a mother she understood the extent to which women would go to for their children's sake.

The actress said her role was exactly the kind of woman "ruled" by an irrational love that made her go to the extremes to protect secrets she thought could hurt her children.

"Woman have a fierce kind of love. The woman I play, she's a single woman with two sons and her whole life revolves around protecting her sons. She would do anything and I mean anything for them. But she does what she feels is right, which isn't always the right thing."

Khaya Dladla has called bullsh*t on the unspoken rule that friends' exes are out of bounce, saying it shows how selfish human beings can be.
TshisaLIVE
4 years ago

Before you get excited, no... Okmalumkoolkat is not getting married anytime soon but the rapper does plan to settle down when the time is right.
TshisaLIVE
4 years ago

Dineo Ranaka is a beer girl, deal with it - Twitter feminists

Dineo Ranaka sparked a debate on Twitter over whether ladies "should" drink beer or pink cocktails, after she declared her love for the drink.
TshisaLIVE
4 years ago

AKA may just be serious about this whole retirement thing after all.
TshisaLIVE
4 years ago