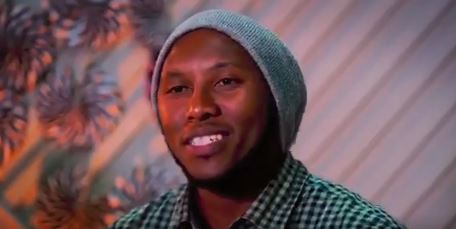 Even though last night's Uyang'thanda Na? participant managed to win over his crush's heart, it was his 'auto-delete' WhatsApp settings that stole the show.

Mbuso, revealed to host Moshe Ndiki, that his WhatsApp automatically deleted messages after a chat. This after Moshe asked if he could see what Mbuso and his crush were talking about the night before.

Twitter could not believe that such a feature existed on the texting app, well at least in Mbuso's world it does.

Tweeps flooded the social media platform with comments that ripped Mbuso to shreds.

Tonight on #Uyangthandana 😂tune in at 8pm on channel 161 Mzansi Magic pic.twitter.com/05oHPdATrZ

In addition viewers were convinced that Mbuso made up the story to hide something in his messages.

We want to know pprrss RT @BekithembaZ: 👀WhatsApp that deletes messages on it's own😂😂 which version it he using🤔#Uyangthandana pic.twitter.com/yMD7i26sxG

#UyangthandaNa Mandem has WhatsApp XL equipped with a self deleting feature. Another engineering designed for Men, by Men. pic.twitter.com/Cu2ggEJXnT

Am I the only one checking on WHATSAPP settings which options that delete messages automatically #Uyangthandana pic.twitter.com/VV42F7DUUn

Can someone help us with the settings of WhatsApp that automatically delete messages 👏🏽#UyangthandaNa pic.twitter.com/UW39U6UPUB

Can someone show me whatsapp Auto Delete Settings #Uyangthandana pic.twitter.com/SJQqUZurkK

Musician and actor Brian Temba has confirmed that he is leaving Muvhango, but there's no need to get out the tissues just yet, because he will still ...
TshisaLIVE
4 years ago

From chancers claiming they are dating her to rumours of her beating Skeem Saam's Pretty in a catfight, she's seen it all
TshisaLIVE
4 years ago

We know you're excited!
TshisaLIVE
4 years ago

Mapula Mafole’s Rhythm City role has schooled her about life

Despite being a 27-year-old actor playing the role of a teenager on Rhythm City, Mapula Mafole has admitted that her character has taught her many ...
TshisaLIVE
4 years ago