WATCH: Haters got the better of Zodwa - she bought underwear! 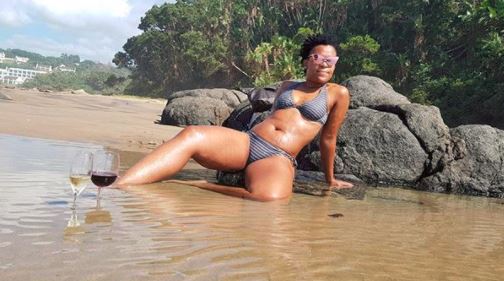 In what can be dubbed as a moment of weakness, Zodwa Wabantu u-turned on her 'no underwear' policy and gave in to haters by buying underwear.

Zodwa's no-underwear policy has seen her raise eyebrows from Zeerust to Zambia and she told Afternoon Express this week that the commotion around her undies led her to listen to the haters for a second.

"Some were saying that I was boring and I should please buy panties. I wore panties! I went to Woolworths and bought panties for them."

However, the commentary surrounding her controversial lifestyle was shortlived because Zodwa ended up ripping her underwear off on stage after fans encouraged her to do so.

"They said; 'Zodwa we see something blue, you are wearing panties now'. They chanted 'take off your panties' and so because I am a people's person, I listened to my fans."

A video of the incident spread like wildfire on social media and led to her being called into a meeting with her boss, DJ Tira.

She was also called to order for another incident where she seemingly encouraged women to use their lady bits to get what they wanted.

Zodwa later apologised for her behaviour and said she was just giving the people what they wanted.

"In 2018, Zodwa Wabantu will change her language but I won't change, you'll still get the same Zodwa, she ain't going nowhere. You are going to see her on your small screens, thank you so much for the love and support. I know I express myself differently but thank you so much," she said in a social media video at the time.