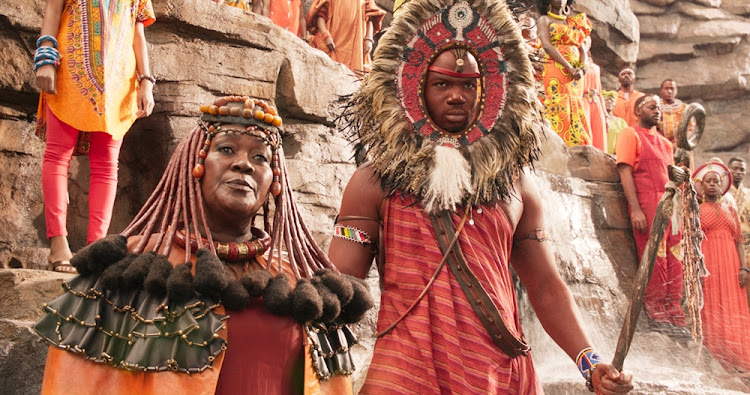 She may have drawn applauses from around the world and captured the world's attention with her performance in Marvel's historic Hollywood blockbuster Black Panther but Connie Chiume's job prospects are currently about as dry as day zero.

The star, who plays a mining elder in the film, told TshisaLIVE that despite the attention her role has received both here and abroad, she has not yet found an acting gig after Black Panther.

"Maybe it is still early, the film only came out a few weeks ago, or maybe there is nothing in the pipeline in this country but so far there has not been anything. I have only been approached to make appearances and do motivational speeches at events around Black Panther. When it comes to the industry, I haven't got anything yet."

The former Rhythm City star said she was not too worried at the moment and was patiently waiting for "anything to come".

"I don't want to be in a rush because you don't know what is going to happen, what scripts are being written. At my age, you need to take what you can get. If it means going overseas for opportunities, I need to go where my bread is more buttered."

In the meantime, she has registered a school to create a number of acting workshops for young actors. She will also be holding workshops in America in July at the prestigious Essence Festival.

She also hopes to be part of the upcoming Black Panther sequel, confirmed by Marvel this week.

"I would walk across the sea if that's what it took. I would love nothing more than to return to Wakanda and play the role again. Hopefully, I will have more of a prominent role as the mining elder but I would jump at the chance to be part of the project again."

"He left me with work to do"
TshisaLIVE
3 years ago

Staying true to their word, fans of the controversial film Inxeba (The Wound) flocked to cinemas across the country to show their support for the ...
TshisaLIVE
3 years ago

Connie says it's not her "style" to throw mud at older performers.
TshisaLIVE
3 years ago