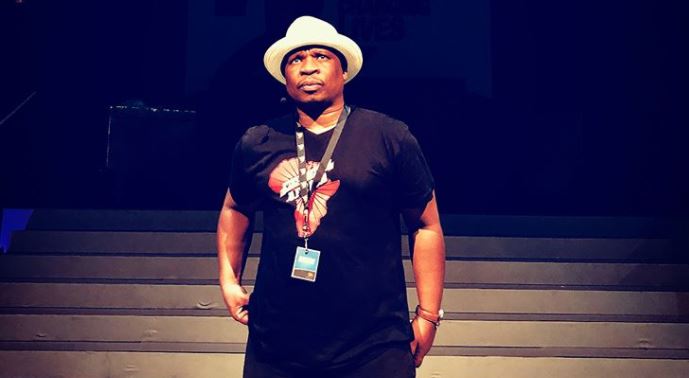 Desmond Dube says he is not irrelevant, he has just been busy focusing on other things.
Image: Via Desmond Dube's Instagram

Thanks to the magic of insurance ads, Desmond Dube will never die from our TV screens. But the star is making a return to the cinema screen in a new superhero comedy about superhuman mamas who are fighting crime.

Desmond recently took a break from shooting TV shows to star in several theatre productions, including King Kong and The Suitcase, and told TshisaLIVE he wasn't scared of being forgotten while switching stages to act on.

"It is all acting but my preferences change at times. Maybe in time I will settle and choose one medium but for now I am doing a bit of everything. I have a few movies that will be released over the next few months and years, with The Adventures of Supermama hitting screens in a few months time."

The film tells the story of a Ma, who decides to cleans up her township of criminals with the help of superpowers. Desmond plays the role of a police chief in the film.

"It is a comedic twist on the superhero films out there. Even though it was shot and produced over the last two years, I think it's a great time for its release after all the Black Panther hype."

Desmond said that people may think he is down and out because they haven't seen him on screens but the truth is man is still getting coins.

"I have been on two shows on TV but it's an ignorance thing. When people don't see you on screens they think you are broke. Maybe I am broke because I am not as rich as people think I am or as I would like to be."

Gear up, Mzansi! We are in for a hell of a ride as the feud between Zodwa Wabantu and a young dancer from Gauteng heats up.
TshisaLIVE
4 years ago

Ncaw! Nandi Madida wasn't big on the marriage thing, till Zakes came along

Nandi Madida may be happily off the market but the presenter has shared that she didn't always think marriage was her "thing".
TshisaLIVE
4 years ago