Twitter's guide to: How to spot trash men based on The Queen'S Tebogo 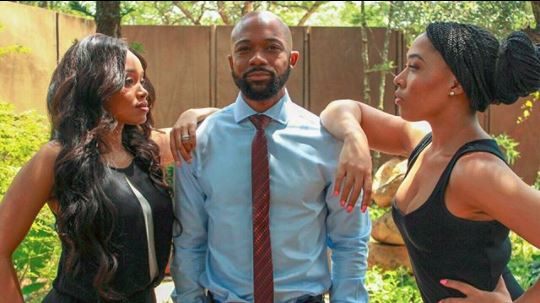 With the increasing danger that women find themselves in when dating abusive men, Kea's storyline on The Queen has opened some people's eyes on how to pick up character traits of an abusive man.

Tebogo, the once suave guy, revealed his true colours as an insecure, rich and abusive man in the story.

However, Kea doesn't seem understand that her life is in danger, and Twitter claims that while it's all fiction, the situation is a reality for some people in SA.

Twitter has singled out a few things to look out for in a man that has a lot of potential to be trash. (Obvs this is not proven. Except for Twitter, of course)

1. He plays victim. His father left him, his mother never loved him, he watched his father beat his mother... anything really.

I know men like Tebogo. Hits you, then plays victim and blames him hitting you on his broken past, gives you a weak apology then wants to spoil you. Stick to your guns and refuse to take that man back Kea #TheQueenMzansi

2. He believes he's a good guy and always manipulates situations to make it seem like he is and everything he does is justified.

Abusers are able to manipulate things and make themselves seem like the good guys. Tebogo and men like him are dogs!! #TheQueenMzansi

3. Excuses. He is great at excuses. Excuses for why he beat you, why your actions provoked him and why you made him feel humiliated.

Tebogo coming up with excuses! This storyline is the life of so many women. #TheQueenMzansi

4. He creates more opportunities to be valuable to your family. They like him, he's resourceful and he knows that will make it harder for you to convince them otherwise.

Tebogo's thirst for control is unquenchable. In order to keep Kea from leaving he's created business ops for her family. Keep in mind, Kea single handedly saved the business not so long ago so she knows her family's struggles doesn't want them to suffer again.

And of all the reactions we've seen to this sad storyline, this one has to be the best.

Don't be a Kea in your relationship, just tell that trash of a man to voetsek!

Any US artist will be lucky to be featured by AKA to be honest, he always does the things with the songs.
TshisaLIVE
3 years ago

Just as the dust had reportedly settled on the plagiarism claims around hit track, Omunye, the war is back on with Distruction Boyz backtracking from ...
TshisaLIVE
3 years ago

Glowing & happier than ever: Preggy Thembi celebrates her 41st birthday

Thembi celebrated her birthday and again proved that age has nothing on her.
TshisaLIVE
3 years ago