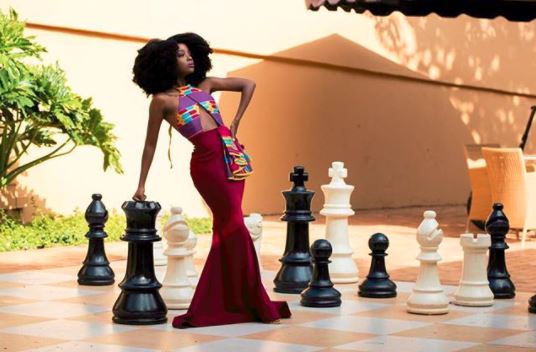 Okay, sharp Thuso. We get it. Rule us, we are your queendom.

The young actress is acting royalty with an Emmy nomination and a SAFTA already in the bag and she certainly looks the part.

Thuso told TshisaLIVE just after the Emmy vibe died away, in 2017, that she was struggling to secure a job and she would start her own initiatives to keep her passion burning.

"I have gone for several auditions and even had one offer that was later retracted. I have also turned down several offers because they were not in line with where I want to go as an actress. So, I have learnt to rely on myself and create my own platforms for exposure. I hope in doing that I can inspire and provide a platform for others."

However fresh after her win at the SAFTAs for Best Actress – TV Drama, the actress announced that she would join the popular SABC 1 soapie Generations: The Legacy.

Thuso earlier seemed dismissive of reports that she had joined the soapie but Generations: The Legacy spokesperson Gaaratwe Mokhethi confirmed to TshisaLIVE that Thuso had joined the fam.

She shot these pictures before the SAFTAs over the weekend at Sun City and, man she looks like the acting royalty that she is.

Just swipe left on this post below and you'll understand.

Before she came she made the decision to have a good time with those she loves the most. The morning of the big night she insisted that they have a little photo shoot to hold memories in forever... Little did she know that later on she would be wholopsing... #saftas12 #BlackQueen #happiness #positivevibesonly

So it's not an AKA seven-figure deal, but Skolopad is happy to be a brand ambassador nonetheless
TshisaLIVE
4 years ago

Thuso is gunning for greatness with latest move.
TshisaLIVE
4 years ago

Just as the dust had reportedly settled on the plagiarism claims around hit track, Omunye, the war is back on with Distruction Boyz backtracking from ...
TshisaLIVE
4 years ago