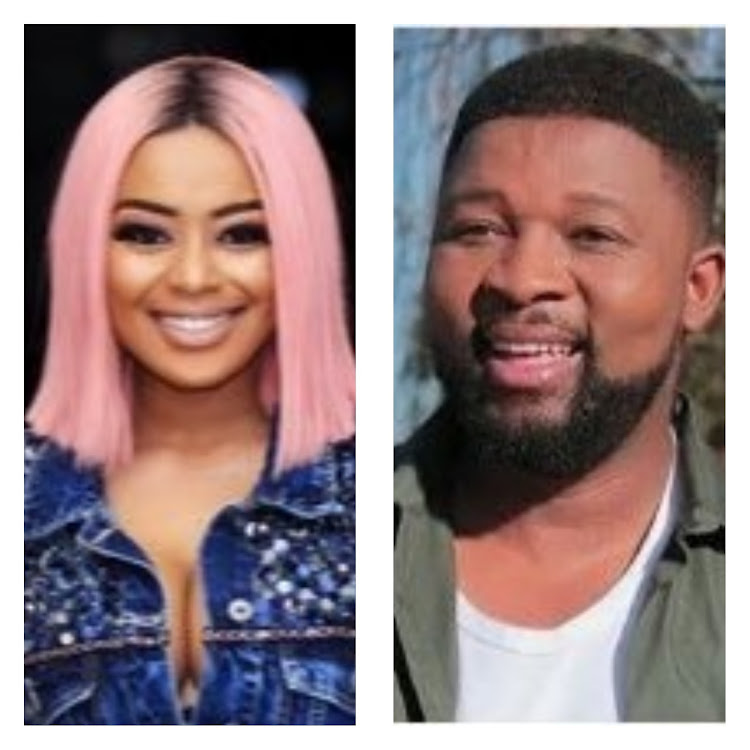 When a man pours his heart out just as Nyan Nyan's Luyanda Potwana did for Lerato Kganyago on Twitter, it is only fitting that he rewarded with a fitting wedding... even if it's just on Twitter.

Twitter escalated what was just a potential proposal from the presenter to LKG into an entire marriage. Fam, they even let them skip the dating part of their newly formed relationship.

In their defence though, it was all Luyanda's fault. He's the one that poured his heart on on the Twitter streets.

It’s 2018 - patriarchy must fall. My name will be Luyanda Kganyago soon 😎❤️😊 https://t.co/es6IzBMtaA

In the Xhosa culture – you have to respect the lady enough to properly introduce yourself when you “shela” her. This how I’ll be introducing myself to @leratokganyago —— when I “shela” marriage to her 😜😇 pic.twitter.com/dLD8kI57HU

To show their approval of the match, Twitter told the Nyan Nyan presenter to sommer take her to the confession show if she doesn't reply to his love declaration.

Then they decided to have a wedding.

So, of course Queen B (the meme) came through with the lobola contract.

Catering was sorted. Apparently the supervisor, aka head of pots, will be Oprah.

Every high profile wedding needs a top VVIP, so Twitter came through.

With that being said, unlike the Maps and Nomzamo Twitter wedding, not everyone is invited here. Hence, serious security will be there.

In the spirit of believing that the union will last, someone even offered to name their kids!

You guys tell me when you're done with the wedding preparations i want to start brainstorming kids names.
We have no time to waste kaloku, this couple (to be) must be a family by 2020

Fam, even though this wedding would be one for the books, we are worried that this Luyanda confession might end up like one of the many dreadful crushes we've had to watch fail on Uyang'thanda Na?.

Because Lerato is taken by a mysterious older man, whom she's clearly in love with.

However, Moshe Ndiki did say, "Don't let the fact that someone is in a relationship stop you from snatching them."

So it's not an AKA seven-figure deal, but Skolopad is happy to be a brand ambassador nonetheless
TshisaLIVE
4 years ago

Thuso is gunning for greatness with latest move.
TshisaLIVE
4 years ago