Brutus is already a problem... now just imagine what kind of problem his sister Bongi will be? 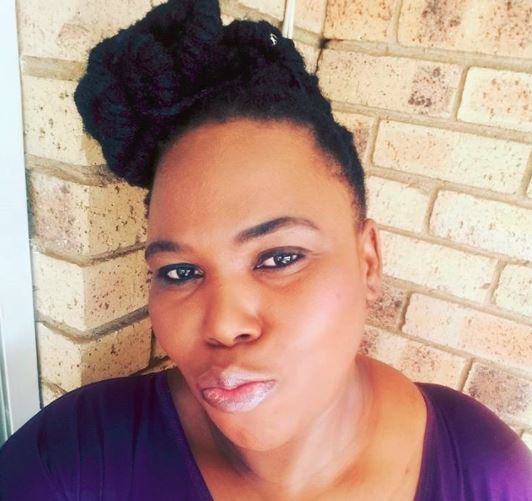 Actress Andrea Dondolo looks like she's bringing nothing but trouble as Brutus' sister Bongi on The Queen.
Image: Via Instagram

Just a couple of months after Andrea Dondolo decided to move from Cape Town back to Johannesburg, she's even more confident than ever before that the move was a great call as she's landed a role on The Queen as Brutus' sister.

"She's so fierce and quite the chameleon. She becomes what is needed by whoever needs her. She's an observer at heart."

Andrea said more than anything, viewers would love her because she's the only one who can put Brutus in his place.

"Being around her brother Brutus takes her on a roller coaster ride as memories of their childhood traits and behaviours flare up. But at the same time, she grounds her brother more than anyone else can. She is like a jack in a box at times."

As a Xhosa woman, she said choosing to let her character stick to Zulu was a challenge. However she said seeing that Bongi might stay awhile, she was ready to bring the fire.

"Well, I have already been shooting for two months and there is still more months to come, beyond the current contract. Working on the Queen is a breeze, from day one it's been a joy. Perhaps that has something to do with walking and working with purpose on my part. I walked in there and claimed it as home to give my best and receive the best."

We can already smell trouble here.

This is Brutus, on a daily basis on The Queen. A problem!

This is Bongi, Brutus' sister. See a pattern here?

This week on THE QUEEN. #TheQueenMzansi

Since the days of Joy, we can't deny that we've been inlove with The Soil.
TshisaLIVE
4 years ago

When Professor Tshilidzi Marwala took the helm at the University of Johannesburg three months ago, he knew he had big shoes to fill.
News
4 years ago

Actress Asanda Foji has decided to go back to school to complete her studies and that means she has had to tighten her belt without a steady income.
TshisaLIVE
4 years ago

After a draining work week, former Big Brother star Mandla Hlatshwayo is here to add some flavour to your life.
TshisaLIVE
4 years ago