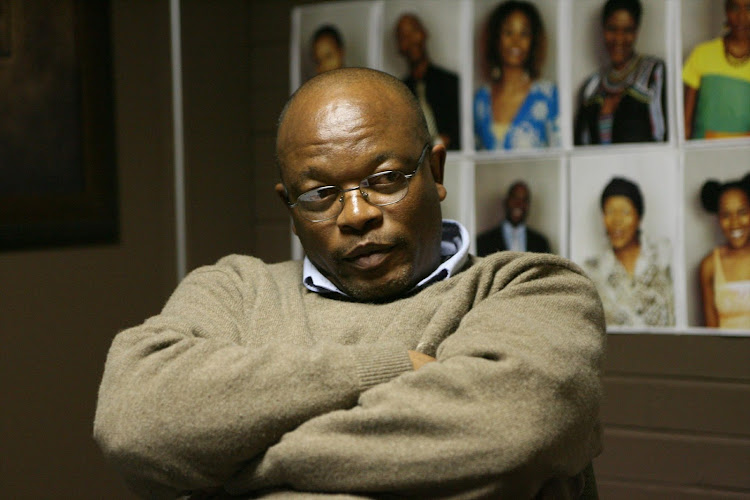 Amanda Phakathi, a young actress who claims to have worked as an extra on upcoming e.tv drama Imbewu, has spoken out on alleged sexual misconduct on set of the production.

Amanda was left fuming after she was allegedly sworn at by a male crew member and said she was made to feel as if something was wrong with her. Taking to her Facebook page, Amanda called out the production's big wigs.

"You people treat extras like nobodies. I will make sure I gather up a team of extras and boycott Imbewu and get the media involved too. The way extras are treated
there is disgusting! Those male crew are perverts as well."

Amanda tagged director Duma Ka Ndlovu, who is responsible for creating shows including Muvhango and Uzalo.

She said she felt "violated and unsafe," after a male crew member allegedly swore at her for mistakenly banging a door.

"When the shoot began they called me in to be an extra for the scene. The men there (part of the crew I think) kept pointing at my legs and laughing. I felt so uncomfortable... as if there was something wrong with me."

Duma responded to Amanda to say that the production viewed such allegations seriously and that an investigation would be launched.

"Amanda, I responded to your post and requested that you send me an e-mail. I have not heard from you. If you are to be taken seriously you need to give the production an opportunity to look into your allegations. We take allegations of this nature seriously, we can't take this any further without you approaching the production and substantiating the complaint so that steps could be taken."

Ziyanda Mngomezulu, e.tv's general manager of local production said the station was aware of the allegations and that it had a zero tolerance stance to any form of abuse.

"eMedia Investments takes a zero tolerance stance on sexual harassment and abuse, in any form, and views all allegations of this nature as very serious. The moment the channel became aware of this allegation, it initiated an investigation with the production company of Imbewu: The Seed."

She added that numerous attempts by the production company to reach Amanda have apparently been unsuccessful, and only after more information about the incident is available, can it be addressed.

Attempts by TshisaLIVE to reach Duma for additional comment were unsuccessful at the time of publishing this article.

Imbewu is a drama series set in KwaZulu-Natal and stars the likes of Leleti Khumalo, Thembi Mtshali-Jones and Mpumelelo Bhulose. The show is set to hit TV screens on April 16. 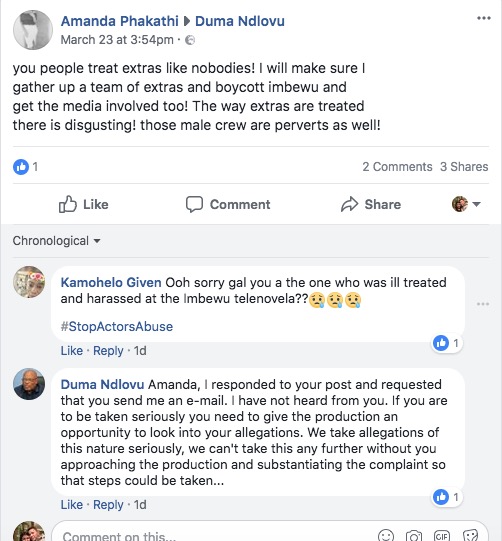 SAMRO is about to change, says the organisation
TshisaLIVE
3 years ago