Hint: Good luck trying to find one in stores 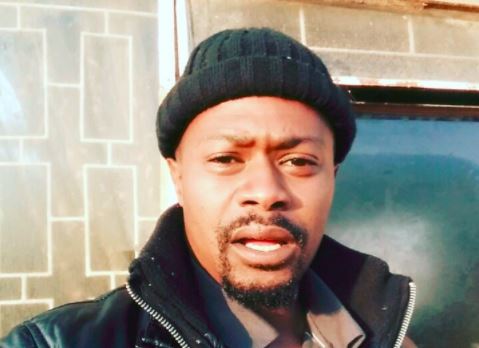 The actor tried his hand at writing books after he set it as one of his life goals and was all smiles when he told TshisaLIVE that the book is now sold out at all major bookstores.

"I am a first time writer and I thought maybe this one wouldn't do so well - and if it didn't I would have better luck with the second or third book. But the book has done really well. It has sold out and we are already ordering 2,000 more copies for Exclusive Books. It has also won a local book award. So, I am very happy with it so far."

The book, which explains "why good men cheat", is already lined up for a sequel but Kagiso's keeping the finer details close to his chest.

"I want to put the shoe on the other foot with the sequel. It will focus on why good women cheat. It is almost done but I am taking my time with it. Maybe it will release in June, July or August."

Speaking to TshisaLIVE previously, Kagiso said the book was inspired by his observations as a young married man and the conversations he had with other married men.

"I have been looking at young married guys. Because I am a young married man myself, and I noticed that the same issues that we have in marriage is the same that our dads have, that our older brothers have. So, what I did was look at why a guy cheats and I found that certain things are common. I took those common things and put them in a book so that it gives women an idea of a man's thought processes and why a good man can find himself cheating."

Luckily, it's a little easier to understand than this sermon on cheating:

A whole lot of ass!
TshisaLIVE
3 years ago