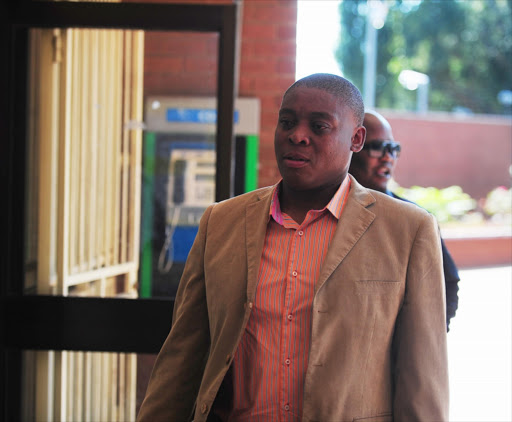 Rapulana Seiphemo has picked up the pieces of his life since the accident and will soon make his radio debut.
Image: Gallo Images / Daily Sun / Trevor Kunene

Two years after surviving a horror car crash Generations: The Legacy actor Rapulana Seiphemo has not forgotten all the prayers and support he received after the ordeal.

Rapulana was involved in an accident which left three people dead and the soap star in intensive care. According to a police report at the time, the actor was fleeing from an attempted hijacking.

During an interview with TshisaLIVE, Rapulana said moments from the accident have stayed with him still and often resurface when he is driving alone late at night.

The star said he just remembered being visited in hospital, and was grateful to have survived the ordeal.

"I have recovered fully. I just remember there being a whole lot of people at the hospital and I knew that there were prayers for me around the world. It helped," he said.

The star soon returned to his role on Generations: The Legacy and is now preparing for a new adventure as a radio host.

Rapulana will soon make his radio debut as a host on two Motsweding FM shows. He said that he was insanely nervous but was confident it will all go well.

"This is my first show on radio. It is exciting, I have done my training and I am ready. I have had to learn the desk and do test broadcasts, everything looks fine. I am very nervous, like any time I take to the stage, but this is just a new avenue for me."

He said he was offered the opportunity to present a show on the station a while ago and  had been sitting on the idea for a bit before he decided to take it on.

The pair wrote a song for Winnie,
TshisaLIVE
3 years ago

Mshoza says her focus is not on making babies at the moment.
TshisaLIVE
3 years ago
Next Article