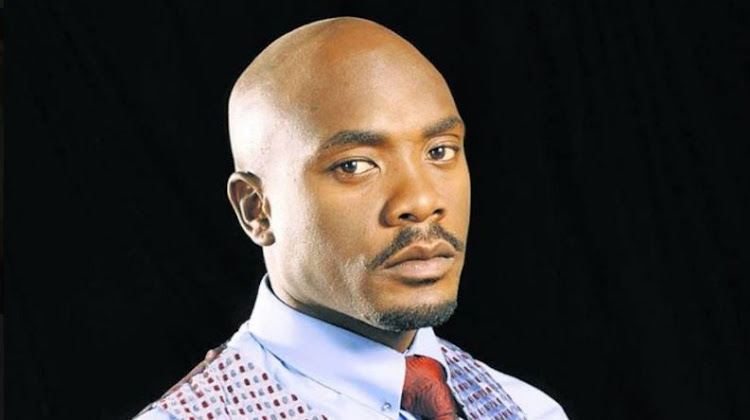 Siyabonga Thwala has a new TV show giving convicts a chance to ask forgiveness for their crimes to their victim and their families.
Image: Supplied/ Via Siyabonga's Facebook

Mzansi got to see a completely different side to actor Siyabonga Thwala, who has been dubbed a TV hardman, when his new reality show confessions show aired on Tuesday night.

Siyabonga had everyone reaching for tissues with the heartbreaking episode.

The former Scandal! and Generations star developed the idea for a show called Yobe where convicts are given the chance to ask forgiveness from their victims and their families.

But like watching our church-going cousin doing the vosho, we were never ready.

The first strike to our feels was when Baba Khoza revealed that he was still scarred after being robbed by a bunch of young tsotsis. But the waterworks went on when they asked for forgiveness and he showed he was the bigger man.

As the story unfolded on screen, the Twitter streets was flooded with tears.

I didn’t know about #Yobe until today and I’m glad I didn’t because I wouldn’t have watched it because it’s just too deep but I needed to. pic.twitter.com/BLXKwK1x5j

Hayi shame LoTata Khoza is so traumatised but still manages to be so calm and noble. Yhuuuu 😓 #yobe #yobemzansi pic.twitter.com/8oD2OFaP6v

I seriously wasn't ready for this show, I'm shaking from watching it. I need a hug 💔😭😭
#Yobe pic.twitter.com/El0Ld7OXEK

#YobeMzansi yazi some people are heartless . I shared a tear listening to Mr Khoza's story. pic.twitter.com/l6QhEh3Fhw

This is deep #yobe pic.twitter.com/wb7H3Iy7VD

This show gonna have me in my feels every week #Yobe pic.twitter.com/P21v2sM6t7

But of course, not everyone was feeling the chest pains, there were those at the back asking if they could get Yobe to find the dudes that did them wrong.

"It's still a part of me but I don't want to allow it to dictate to me and how I live my life".
TshisaLIVE
3 years ago

Zahara speaks out on losing her house: 'It's all lies'

Zahara says everything is fine and if you don't believe her you can visit her at her house.
TshisaLIVE
3 years ago

The pair wrote a song for Winnie,
TshisaLIVE
3 years ago
Next Article