The songstress is apparently not planning a wedding in 2019 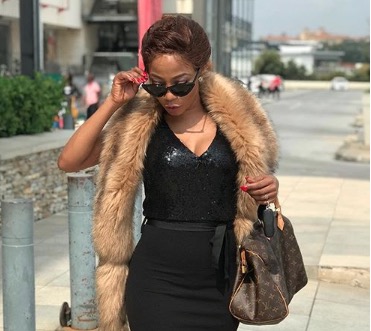 A source close to Kelly Khumalo has slammed a report in Drum magazine claiming she is getting married.
Image: Via Instagram

Kelly Khumalo has apparently turned to her legal team for advice over a magazine report which claimed she was planning to get married in 2019, a source close to the singer has told TshisaLIVE.

On Thursday afternoon Drum magazine published an article on its website, claiming that plans were underway for Kelly's wedding in 2019.

"My a** is taken, it belongs to someone – I’m not single anymore. I’m planning to have my wedding next year October. I have already decided on the type of dress that I would like – something very short with cowboy boots," the publication quoted Kelly as saying.

The report went on to add that Kelly had apparently already decided on a wedding dress and that she wanted a private ceremony.

An insider close to the situation dismissed the claims, saying that Kelly allegedly did not make the comments.

"Kelly did not make those comments and her management has already contacted Drum about retracting the article," said the insider.

The insider added that Kelly's team was in full "crisis mode" and had already spoken to their lawyers.

Apparently Kelly is not impressed with the rumour and wants everything done to rectify the situation.

When contacted by TshisaLIVE, Kelly's team declined to comment on the matter.

Several attempts to contact Drum magazine were unsuccessful at the time of publishing this article.

Star says he lost a lot of endorsement deals after being dragged to court.
TshisaLIVE
4 years ago

Dineo vs Thakgalo | Who does Katlego Danke think is her most devious role?

Katlego Danke might be one of the most underrated baddest B's in the acting game.
TshisaLIVE
4 years ago

"Studying her life lit a fire inside of me".
TshisaLIVE
4 years ago