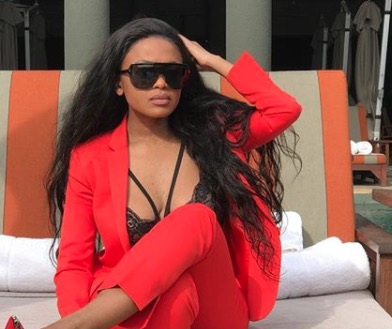 After two years in the driver's seat as the host of Live AMP, it has been confirmed that Lerato Kganyago has resigned from the show.

Lerato's resignation has been confirmed to TshisaLIVE, with her last appearance on May 18.

According to a statement released by Live AMP on Tuesday afternoon, Lerato has left the show to "pursue other career interested".

"Co-hosting Live AMP has been the most incredible and fulfilling ride of my entertainment career thus far. However two years in the same spot is a little too long for a Soweto girl like me who is always looking for a new challenge. I will forever be indebted to SABC 1 and Urban Brew for allowing me the unparalleled opportunity to showcase my talents on the country’s premium music entertainment offering,” said Lerato.

After being in the industry for a decade, Lerato walked away with her first Safta for Best Presenter at the prestigious ceremony last month.

Lerato told TshisaLIVE that being nominated at the awards was emotional for her.

"I was very emotional, because I have been through a lot in the nine to ten years I've been in this industry. Everything from the hardships to the comparisons has built up to this moment. This is confirmation that Lerato Kganyago, as a brand, has worked hard and has grown in leaps and bounds and I am being recognised."

Skolopad has hopes of getting gigs on Zodwa's turf.
TshisaLIVE
4 years ago

Fikile Shabalala accused Mzansi Magic of using her concept for a show, without consent.
TshisaLIVE
4 years ago

Yaasss! Joyous Celebration concert is coming to a cinema near you

Joyous Celebration music with popcorn and a slush? We're here for it!
TshisaLIVE
4 years ago