Zahara 'honoured' to speak about Madiba's legacy at London concert 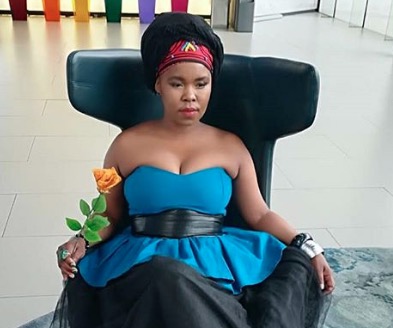 Zahara will fly the flag high in London.
Image: Via Instagram

Zahara has been billed to perform at a special Nelson Mandela centenary celebration concert in London in August.

And she plans to use the platform to educate people about Madiba and Winnie Madikizela-Mandela's legacy.

The Loliwe hitmaker told TshisaLIVE that she wants to do SA proud.

"I am very excited to be performing at the concert. As far as I know, I am the only South African woman to perform at the concert. The final programme isn’t finalised yet, but I have been asked to give speeches before (the concert) about Tata’s legacy."

Zahara, who had a special bond with Madiba, said she would use the platform to speak about the memories she shared with him.

In the wake of Ma Winnie's death, the singer said she will also speak about her legacy.

"I will honour them both and won’t be scared of talking about her. I know there are people who disrespected and ignored her while she was alive. The dirt and things they were saying about her was not nice and now they are trying to make money off of the mourning. I am not one of them. I had a special relationship with both her and Tata and I will share that with the world.”

Zahara is also set to perform at the Africa All-star concert in Toronto in August.

I just received great news, I've been chosen by the people in the UK 🇬🇧 to represent South Africa 🇿🇦 at the up and coming Nelson Mandela Concert happening later this year. 👏🏽💯#Blessings #Mgodi @mlhrecords

All your faves will be there and your vosho won't be wasted, DJ Sox has always been the party plug.
TshisaLIVE
4 years ago

Khabonina laughed through it, she's an artist mos that's what they do. Wax on, wax off!
TshisaLIVE
4 years ago

Producer says he should have got a piece of the pie.
TshisaLIVE
4 years ago

Lerato Kganyago has confirmed that she is leaving Live Amp.
TshisaLIVE
4 years ago