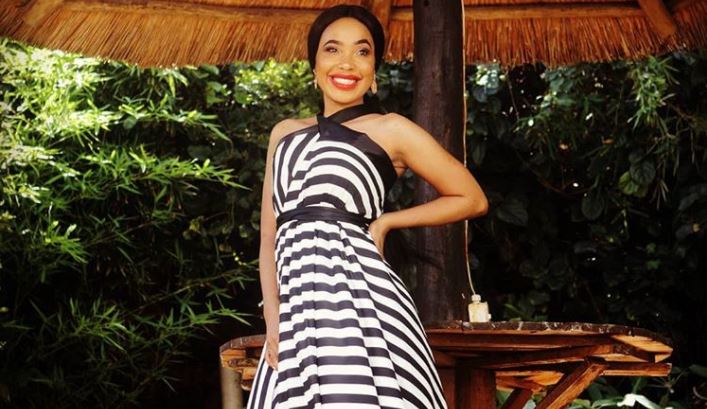 Mshoza says that she did not get married for money or kick her mother-in-law out the house.
Image: Via Mshoza's Instagram

Yah! We all know that Mshoza loves the frills, pearls and finer things in life, but sis says that's no reason to believe that she got married for imali.

According to members of her husband's family who spoke to Drum, Mshoza has been struggling to win over her new fam because some of them think she is only with her man, businessman Thuthukani Mvula, for his money.

Mshoza rubbished the claims, saying that as a city slicker she likes nice things, but she is the poster girl for strong, independent black women who can look after themselves.

"Ngiyi cheese girl, ngikhule ngo shiz. I like to buy nice things for myself and my husband, but I also make my own money through my mining company and music. I passed the phase of being a gold digger many years ago."

Drum magazine is reporting that there is tension in Mshoza's new home with suggestions the star is not respectful of her in-laws. Thuthukani's mother even left their house and came to Johannesburg, although Ma claims it was to sort out a problem with her Sassa card and to get peace and quiet away from Mshoza.

"I don't know if I will find peace when I go back. I don't want to hurt anyone. I know myself, I can be very cruel when given the chance. Makoti must not test me," she told Drum.

Mshoza has had a roller coaster marriage so far, with the first sign of drama surfacing with reports in Sowetan late last year that her new hubby was not yet officially divorced.

Mshoza also hinted at a possible clash with her hubby's family during an interview with TshisaLIVE late last year.

She said her husband's family was really traditional and she had asked them to be patient with her.

"My husband is really traditional but he knows he married a 'cheese girl' so he tells his family to be patient with me. But, I am also willing to grow and learn from him and his family. It's unlike my other marriage, but I'll happily do some of these traditional things until my white wedding. I don't want to rush my white wedding at all, so I am doing what I need to do."

Still she is loving married life, even if those pesky pregnancy rumours won't go away

"No (it's not true). I have no idea where the rumours even came from because I have no plans to have a baby any time soon. I am planning on going on tour, so I can't be pregnant and be on tour," the star told TshisaLIVE earlier this month.

Mshoza says her focus is not on making babies at the moment.
TshisaLIVE
4 years ago

Zodwa Wabantu: I understand why Khanyi and Mshoza changed themselves

Dear trolls, Zodwa Wabantu says we can thank you for the mlungu version of some of our fave celebs.
TshisaLIVE
4 years ago

Kwaito star Mshoza may have had a turbulent love life, but since getting married to Thuthukani Mvula, the musician has said she is happier than ...
TshisaLIVE
4 years ago