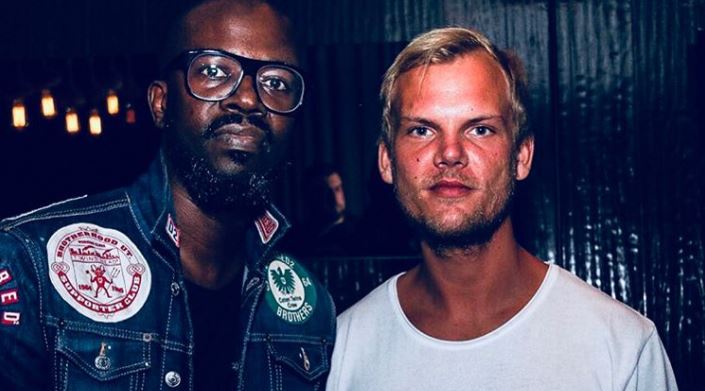 DJ heavyweights Black Coffee and David Guetta were among the hundreds of musicians who paid tribute to Swedish DJ Avicii after the star's death on Friday.

The Wake Me Up hitmaker died in Muscat, Oman. While details of his death are still unclear, police have since confirmed that there are no suspicions of foul play. The musician previously admitted to struggling with addiction and was taken to hospital twice for alcohol-related issues.

Black Coffee was shattered by the news and told LA Weekly that he was on a flight in Mexico City when the news broke.

"Oh my God. It knocked me hard. I was trying to talk to him last week. We were planning on working on some music together. He had business in South Africa so I saw him there, just talking about collaborating. But last week, we had a conversation. It was like, “what do you want to do?” He was really excited about what he's been listening to, what he was inspired by. I didn't see anything coming. I was on a flight in Mexico City. As soon as I landed I got all these messages. Young dude. Extremely talented.

Black Coffee also paid an emotional musical tribute to Avicii by dedicating a portion of his Coachella set to him.

He ended his set with remixes of some of Avicii's biggest hits, while a giant picture of the pair was beamed on screens.

David Guetta also bid farewell to his friend by playing the star's song during his set at Encore Beach Club over the weekend.

@avicii is in our hearts forever!!!

Avicii's body is expected to return to Sweden soon, where fans took to the streets over the weekend to mourn his death and pay tribute to his life.

So... what do you think Khabonina the yogi's fave sex position is?

We already know she can do amazing things with her body...
TshisaLIVE
3 years ago

Dineo Moeketsi: I play Kea to show monsters what they're doing to women

"So many people have gone through this, whether we've seen it or not."
TshisaLIVE
3 years ago

"I have never had to come out. I have just lived as myself"
TshisaLIVE
3 years ago
Next Article