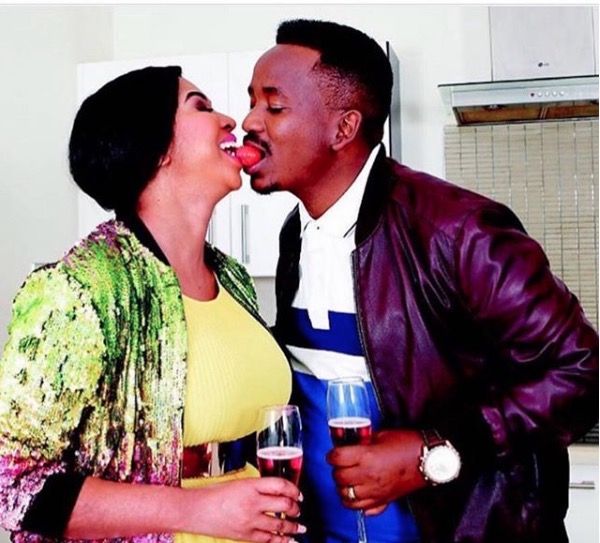 Sfiso Ncwane's widow, Ayanda, is set to release a tell-all book, For The Love of Sfiso Ncwane, that will set the record straight on many of the untruths about the late gospel star's life.

The Kulungile Baba hitmaker died on December 5, 2016 after he was rushed to hospital with complications related to kidney failure.

The past 15 months have not been easy for Ayanda, who has often described Sfiso as her soulmate and the love of her life.

Ayanda told TshisaLIVE that it was one of Sfiso's wishes to tell their story on their own terms.

"I want to tell our story, our way. There are a lot of untruths about Sfiso's life on the internet and that has been reported by the media, and I want to give his fans the truth about his life."

Ayanda said that the book would include everything about Sfiso's life.

Even though she was shy to reveal too much detail, because she didn't want to spoil the read for fans, Ayanda said that the book would focus on every aspect of their lives and the gospel star's career.

"The past 15 months and writing the book was extremely emotional and I can't wait to share this information and journey with fans at the book launch."

For The Love of Sfiso Ncwane will be in book stores from May 31.

I can not afford to send you any gift on this day, but for the past 15 months I have decided to write a book about your life, our lives and the most untold truths about us. I know it was your wish of all times to tell your story and our story our way. Happy heavenly birthday 🎉 My husband. The book will be available is stores on the 31st of May 2018. FOR THE LOVE OF SFISO NCWANE ❤️🙏🏽🤗🎂

Mshoza says her focus is not on making babies at the moment.
TshisaLIVE
4 years ago

Producer says he should have got a piece of the pie.
TshisaLIVE
4 years ago

You will never believe what K.O's best subject in school was!
TshisaLIVE
4 years ago