The songstress was made to believe that because of her 'body-type' she could never be on a magazine cover. 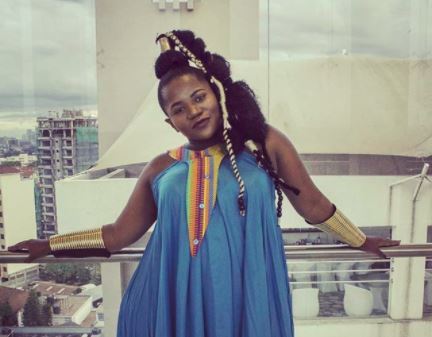 Busiswa explained why her cover girl status is worth celebrating.
Image: Via Instagram

After being in the industry for over five years, you'd think that being on a cover of a magazine would be just another thing to tick off for Busiswa but nah it's a big deal for the gqom singer and she has explained why.

The Midnight Starring hitmaker took to her Instagram to share videos of her joy after she bought the first copy of Bona magazine. She admitted it felt amazing to see the final product and feel the hard copy in her hands, because she had been told many times that it wouldn't happen for her.

Busiswa went on to list some of the reasons she was made to believe that she could not be a 'cover girl'.

"It's about all the girls who've been told the same things, I've heard: 'you're too big, you must do more than talk in your songs, you were better off as a poet, for your body-type, what will you do if you run out of ideas?, we don't design plus-sizes here," Busiswa said.

Busiswa's joy could be felt through the lenses fam, just check this video out:

The musician said the cover symbolised that she has always been worthy, just as she is.

"Well five years in the music industry and there is one thing I know for sure: I am enough. You are enough!"

She also gave haters a stern warning to "bounce" if they didn't understand her excitement.

"Guys if you don't understand why this excites me so much, unfollow now because I'm about to spend the whole month explaining," she said.

And, she wasn't joking because as you will see in the video below, she's ready to shout out her cover girl status to the anyone who will listen.

Sis is slaying on the cover.

So... hey scream from the rooftop if you can Busiswa, that cover is beautiful wena girl!

You will never believe what K.O's best subject in school was!
TshisaLIVE
3 years ago

Which Bible does Karabo Mogane know by heart?

No, its not the 'national' scripture of Jeremiah 29:11...
TshisaLIVE
3 years ago

As his name suggests, Dr Tumisang is all about worshipping God this Easter

Dr Tumi just wants to worship God with as many people as possible.
TshisaLIVE
3 years ago