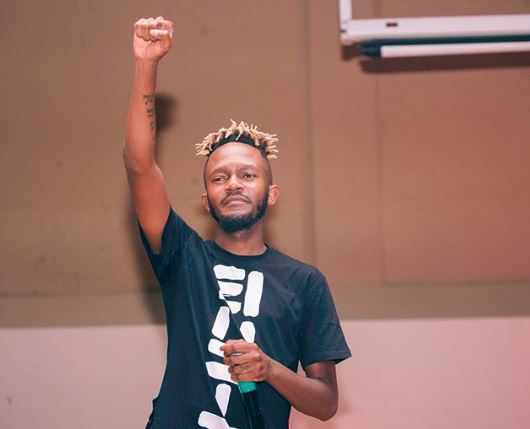 Kwesta says his creative juices pushed his album in a different direction.
Image: Via Instagram

Don't panic fam! Kwesta has promised that while his album might take a bit more time than we had hoped, he'll still be giving the people what they want: music.

His international collaborations with artists like Tory Lanez, Rick Ross and Wale has resulted in fans wanting to get their hands on the new music pronto. But Kwesta told Slikour on Slikour On Life that he has started from scratch.

"I'm gonna drop a song soon, I'm just not sure when. I started working on my album backwards again. I was about 60% into it but I started over, from scratch."

Kwesta explained that he had to start over because he's creative juices drew him in a different direction.

"That had nothing to do with anyone that released anything, just so you know. It was just a creative space and everything like that. So expect music from me, an album from Kid X and TLT."

The rapper has not disappointed as far as music is concerned.

In addition to Dakar II still winning over fans for the Nomayini hitmaker, he gifted us with songs like Spirit featuring US rapper Wale.

In 2017 Kwesta promised that he would pull out all the stops for his next offering.

"So I am back in studio working on another album. I don't know if you've seen but there has also been international collaborations that I have been doing. That doesn't mean, however, that I won't be doing collaborations with South Africans artists, I just wanna make this album a little bigger than just South Africa. So I'm pulling up all the stops," he explained.

As long as they're as good as what he's given fans so far, we'll stay stanning!

Somizi makes an example of a troll with stinging clapback

Somizi defended his bae and sent a troll packing.
TshisaLIVE
3 years ago

The bets are open! Will The Queen's Petronella tell on Bakang?

"My lawyers are dealing with this matter, fully understanding that this is Zara’s business mode," said Laduma.
TshisaLIVE
3 years ago

Mmabatho Montsho expressed her sadness at what has happened to Michael Komape and his family.
TshisaLIVE
3 years ago