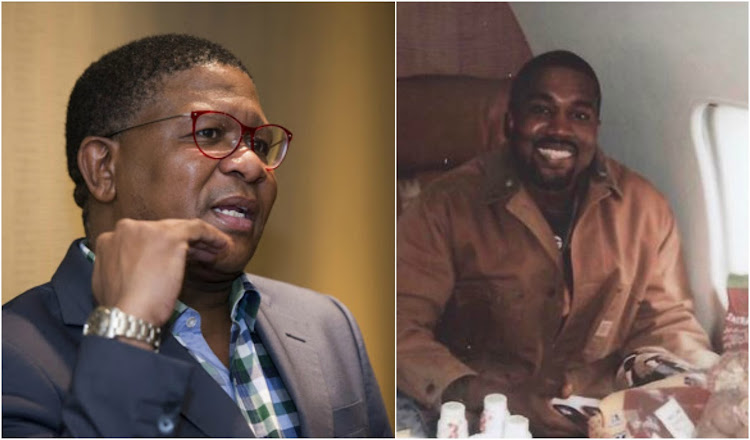 We're not sure why Kanye "the philosopher" West has been blue ticking our Fikile "Mr Fearf*kkol" Mbalula, but we need the answers!

Mbaweezy is never shy to pick a fight or start an argument, after all, he has a list of feuds almost as long a his "blocked list".

Kanye recently returned to Twitter and made headlines for some of his, uh, controversial views and tweets. Like many of us, Fiks was watching and took on the US star.

Can the old comrade Kanye please report to Luthuli House?!

After Kanye was accused of not doing anything for his hometown of Chicago, Fikile jumped at the back of the bandwagon and cheekily suggested Kanye named his child after our province but couldn't pray for the people of the area when ish goes down.

Obama was in office for eight years and nothing in Chicago changed.

You named ur whole child Chicago and ain't do shit for this city. Fuck outta here. https://t.co/HlkmieJFUU

He also named the other after one of our Province in South Africa, could not even send prayers when chaos broke out there...

Here's a slice of education for your humble pie, Kanye

When Kanye told the world that slavery was a choice, Fikile was so touched he brought the debate home to SA and gave Kanye a bit of an education.

Colonialism, slavery, apartheid are all in our recent past - so fresh in our minds we live with people and are people who experienced either one of those oppressive systems. More to these, they entrenched systematic inequality that confront us daily.

Never forget the past pic.twitter.com/qCFEIqO7uH

Thanks captain Obvious! The next thing you gonna tell us oxygen keeps us alive

As the storm around Kanye began to die down, the man started tweeting things like walking is good for you.

take a walk outside. Fresh air is healing

uTata kaNoProvince is always telling the world the obvious https://t.co/Y2o0FNmNmZ

Now, if only Kanye would respond...

Apparently Denise is part of the 10% woke people that understand what Kanye was saying about slavery.
TshisaLIVE
4 years ago

WTF Kanye?! Slavery was a choice? Whose? How? Like njani?