Zodwa: I was scared they wouldn't let me into the US 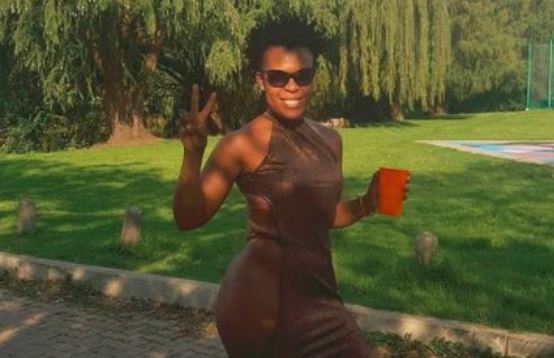 Zodwa Wabantu has had some rough experiences with trying to visit foreign countries and admits that she was scared when travelling to the US, expecting that she would be bounced at customs.

Zodwa was deported from Zambia in March after officials there were not too keen on her showing off her flesh and racy dance moves. She had previously been barred from performing in Zimbabwe after an outcry over her decision to dance pantyless.

Although Zodwa has travelled and performed in the UK previously, she told TshisaLIVE this week that after the Zambian incident, she was still worried that her trip to the US may have stopped at the airport

"I was scared when I was going to the US that they wouldn't let me pass. I was thinking about Zambia and how they told me to go back home. You have to be careful with international trips."

But she said that once she was out the airport there was "no stopping" her and she went to live her best life.

"I could go crazy. But I won't tell you how crazy," she said with a laugh.

Zodwa certainly gave fans a show and even sent home some hilarious videos of herself near the White House and watching US President Donald Trump's motorcade. She even claimed that Trump gave her a wink.

They say you dont just see this Live,we are very Lucky to see the President pass to go inside,The White House . They say it happens once in a blue Moon🌙 Zodwa Wabantu has made it on life.🌍❤️

Zodwa has shaken off her fears and is jetting off to Australia to perform there. She said that the international demand for her was insane.

"They have all heard about Zodwa and they want to see Zodwa. I go to my fans because I am for the people. I am Zodwa of the people. They can expect me to be crazy and myself. I won't change because now I am somewhere else. I read from the crowd and I will give them a show. I will show them what I do at home."

Germs? And you think Zodwa is worried about that?
TshisaLIVE
4 years ago

uZodwa oWabantu, so what do the people want? Zodwa with panties or Zodwa sans panties?
TshisaLIVE
4 years ago