FINALLY | Cassper gives us a full view of that mansion - and fans were there for it! 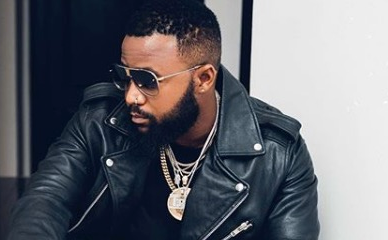 It's no secret that Cassper Nyovest is balling out of control, and while we're out here still waiting for the land, he's living it up in that fancy mansion.

In June last year, Cass dropped R10-million rand on the flashy crib, which was a momentous occasion for his entire family.

Since then Cass has been teasing fans with incomplete pictures of the house.

From those glimpses, it's clear there is a massive garden with a gigantic pool.

Oh, and Cass has a lounger the size of our entire two-bedroom apartment in that garden.

But taking to social media on Thursday, Cassper finally gave fans full views of the place he calls home.

#TBT to when I bought my dream house and made my mama proud. pic.twitter.com/Fn0yBl49Pl

When Cassper bought the house, he told TshisaLIVE that he was still in disbelief that he made his dreams a reality.

“We got a new spot. It has so many rooms. I have place for everyone. I still haven’t digested it [having a new place]. We also have a new studio at the new place and an entertainment area. I have been wanting to build it for some time and I finally have it now. A lot of good music is going to be coming from it," he said.

And, even though Cass has in the past been accused of stunting in the face of fans, his followers on Twitter was definitely lapping up the Thursday night motivation.

I feel sorry for people u grew up with, pic.twitter.com/fz3EcF7YNr

This is this niggahs house!!!! Made in Africa!!! pic.twitter.com/smpNz6rGEn

...and here am Im 26 yrs I dont even own a shack mxm life 😢😢 pic.twitter.com/FQDCKASUZI

Zodwa: I was scared they wouldn't let me into the US

Zodwa says that her deportation from Zambia left her shook and worried about her trip to America.
TshisaLIVE
4 years ago

Nakhane says he gave up Christianity after deciding that he wanted to get in touch with his "animal nature".
TshisaLIVE
4 years ago

'Thobani was a respectful person, that's why my family loved him so much' - Zahara

Family, friends and industry mates, including Zahara, gathered to remember the life of Thobani Mseleni on Wednesday.
TshisaLIVE
4 years ago