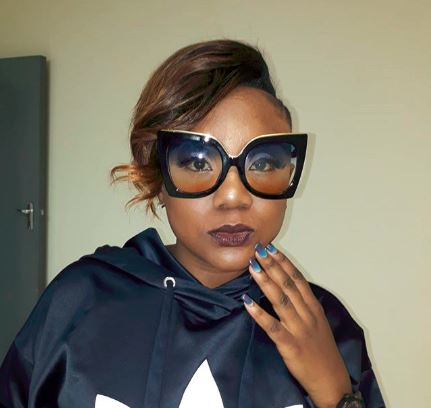 Having DJ Tira as a mentor and brand manager has played an instrumental part in launching Thobeka 'Tipcee' Ndaba's gqom dream, the young musician says.

Tipcee has won over thousands of fans with her awesome dance moves and catchy gqom songs but she told TshisaLIVE that she's been able to deal with her relatively new fame all thanks to Malume.

"At first it was hard, I mean all of sudden there were a lot of people interested in my work. People who loved me and some who didn't. Then there was the media but Tira trained me well. I am here to stay. As a brand, I know who I am and I know what to share and what not to share."

The iScathulo hitmaker said she'd known Tira for a long time and even though she only became synonymous with gqom hit songs and energetic dance moves in 2017, she's been working hard to build up for years.

"I've known Tira for a while, he's always kind of been a guide in my life. I met him a long time ago while I was a promo girl for an alcohol brand. Around 2009, he knew I had an interest in music. Fast forward to a couple of years ago, I began doing vocals for Big Nuz and even some of his songs then he saw potential in me."

Even though she wanted to study media after school, she ended up studying IT. You know, for the folkes. But she says she never let go of her dream of making it big in music.

"My dad never really understood how I could wanted to music a career, he actually didn't like it one bit. But I went to school and still pursued my music when I can. I'm glad I didn't give up, because now my parents are living the dream and I've proven that I wanted it hard enough to work for it."

Tipcee is not planning on leaving the industry anytime soon and she's just dropped another hot track titled Fakaza.

And net for daai deng, it's probably in your best interest to get to know her better.

• What is the one thing that most people don't know about you?

That I bite my nails.

• Who is your celebrity crush?

• What is the one thing you'll always regret buying?

Full panties. Like I hate that thing! I don't know what I was thinking.

• One day left to live on earth, how would you spend it?

Apologising to all the people I have ever wronged.

• What do you wear when you go to bed?

Papa Penny said the Samas were full of tribalism.
TshisaLIVE
4 years ago

Thuthukani Mvula will appear in court later this month on assault, intimidation and pointing a firearm charges.
TshisaLIVE
4 years ago

Bongz is not happy with Childish Gambino biting his moves.
TshisaLIVE
4 years ago