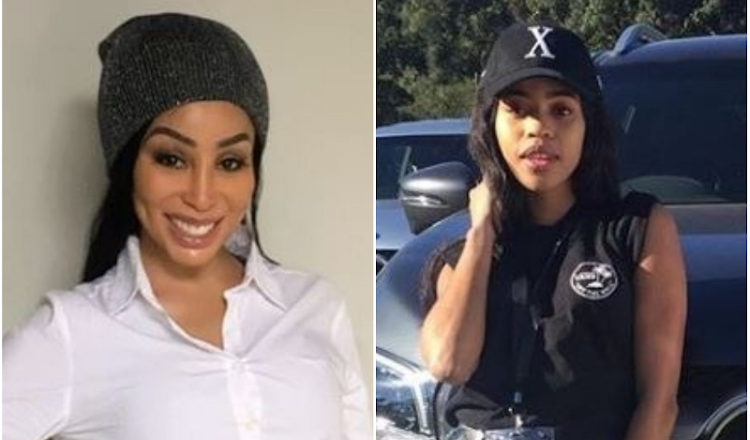 Khanyi Mbau and Anele threw shade at each other on Twitter this week.
Image: Via Khanyi and Anele's Instagrams

Khanyi Mbau sent actress and Massive Music host Anele Zondo packing on Thursday after the young gun claimed she is what Khanyi could have been if she had focused on acting.

Khanyi has been slaying TV roles left, right and centre over the last few months, including in her role as Tshidi on Abo Mama .

But Anele obvs thought Khanyi could have been a lot better and took to social media on Thursday to let the world know.

"I feel like I'm what Khanyi could've been if she focused on her career," she tweeted, before later deleting the post.

But Khanyi doesn't play, and she soon hit back with some shade of her own.

It’s too early for you to be comparing your self to me! A small role on the river & a mediocre presenting gig and you feel u can throw shade? Baby girl 😂 #UCantCompareWhereUdntCompete https://t.co/Y05qYekP1u

But sis wasn't done yet, she posted another tweet showing her credentials next to Anele's. You know, just for control. Ouch!

Will leave this here. pic.twitter.com/GLcuOtnSWL

She ended the shade-fest with a sermon on running your own race.

Today’s lesson: your biggest race is the one against yourself, strive to be better than yesterday. Appreciate one another coz your story could be my salvation. Embrace one another.

I am you and you are me #people #theEnd

Anele was getting hate from all angles and must have felt misunderstood because she later went onto Instagram Stories to explain that she didn't mean to diss Khanyi and actually looked up to her.

LISTEN | Mshoza opens up about her obsessive-compulsive disorder

"I'll write the same things page after page, until I am tired and I sleep," Mshoza opens up about her OCD.
TshisaLIVE
3 years ago

Siyabonga Shibe: People would always ask me why I rode in a taxi

Siyabonga says the pressure from the industry can get too much for some stars.
TshisaLIVE
3 years ago

Somizi pulled off the ultimate surprise.
TshisaLIVE
3 years ago

Sofa Slahlane’s Puseletso just finished the internet, has a hubby & a Ben 10

Who says you can't take a second husband?
TshisaLIVE
3 years ago