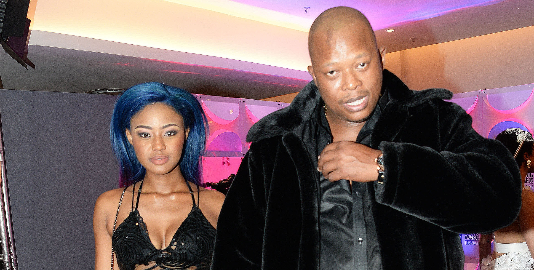 Metro FM DJ, Masechaba Ndlovu, has received both praise and criticism after she confronted Babes Wodumo about allegedly being abused by her ex-partner and manager, Mampintsha.

In a live radio interview on Metro FM, Masechaba confronted Babes about the alleged abuse, despite the Wololo hitmaker saying she did not want to speak about it.

Babes had earlier in the interview admitted that the pair had split and she was in a new relationship. She said that she was still business partners with Mampintsha but things had turned sour. This was after she revealed that Mampintsha had access to her social media accounts and posted a picture of the couple, making it appear they were still together, even though they had split.

The interview was also live streamed on Babes's Instagram account and during a break on the radio show, Masechaba and her host, Mo Flava, are heard encouraging Babes to speak out.

It was after the ad break that Masechaba confronted Babes on the allegations.

She claimed to know about several incidents where Mampintsha had allegedly abused her.

"As a public figure and a man i should be at the fore front of the campaigns against gender based and domestic violence. I am no saint, nor do i plead absolute innocence in the claims made in that interview. I may have overeacted in a couple of incidents during our relationship with her over certain things i will not be comfortable to discuss in the public domain."

He said it was wrong to define his relationship with Babes as abusive.

Meanwhile, Twitter has been divided about how Masechaba handled the interview. Some have applauded her actions while others have said it was not her place, especially since Babes merely wept while Masechaba confronted her.

Well, by not doing it on a public platform for one. By offering help & intervention as soon as the info comes to light & not waiting for an opportune moment to put stories on blast after the vic has said not to do it multiple times. https://t.co/K9ZIiHOj5c

Thank you #Masechaba, we salute you for being masechaba for real. We need more like you in our country, continue to stand against and expose women abuse.

Masechaba went about it the wrong way. But let this sink in: #Mampintsha could have ended up killing #BabesWodumo just like #Oscar did Reeva. There's never a right way to expose the abuser.

Thumbs up Masechaba for speaking up on behalf Babes Wodumo. #BabesWodumo #Mampintsha pic.twitter.com/04lOxUXwmh

Lets take a moment and SALUTE @MasechabaNdlovu for what she did today.

What a Woman, What a Warrior . . . Your actions should be applauded. Thank You 🙌🏾👏🏾#BabesWodumo #Mampintsha pic.twitter.com/08sMMw4298

Masechaba said she’s glad Babes has left “that man” (Mampintsha) & all I could think about much danger she’s in now that he’s been exposed and and she’s left him. The risk of greater harm, including murder, is significant once women try to leave. She’s not out of danger yet 💔

Masechaba ambushing Babes like that on live radio was completely irresponsible. As a host and as a person nje conducting an interview you’re supposed to ease someone into such a conversation and only after getting permission to ask those questions before hand

See why abuse thrives? Masechaba exposed abuse and y'all drag her, not the abuser. Check yourself. Your opinions about how Masechaba went about it are diminishing the actual and only problem here: Mampintsha is abusing uBongekile. Get mad at that fact, if you must be pressed.