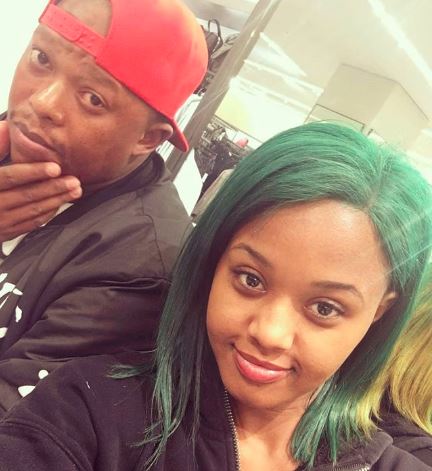 Mampintsha gave his side of the story on Metro FM regarding his relationship with Babes Wodumo.
Image: Via Instagram

As a raging debate and widespread outrage continues to swirl after Babes Wodumo was confronted on Metro FM about allegedly being abused by Mampintsha, the record label boss defended himself during a right of reply interview on Monday evening.

During the lengthy interview Mampintsha insisted that Babes and him were still together and that the allegations were an "ambush" tactic.

Babes was confronted by Masechaba Ndlovu during an interview with the Wololo hitmaker on Friday, claiming that during one incident Mampintsha allegedly punched Babes and broke her leg.

In addition to issuing a lengthy social media statement, followed by a video explaining himself to SA, Mampintsha asked for a chance to defend his name on Metro FM.

Mampintsha started off my apologising to Babes' family and his family before extending the apology to Babes, and then to fans.

He said he's apologising for the unfortunate situation they've found themselves in and went on to address Babes' interview on The Drive show with Mo Flava & Masechaba Ndlovu.

"I would like to address this interview that happened with Babes (on Friday). First of all if you check properly, Babes wasn't okay. I'm not sure if she knew what was going on because you could see that she's shaking and all sorts of things. Anybody who knows her will know that she wasn't fine."

Mampintsha said he was shocked to hear about "broken legs", "doctor's letters" and abuse allegations.

"Everybody has problems in a relationship, even famous people who are in love."

Babes and I come from far. People that truly follow us know that we have been together through a lot of things. I met her a long time ago and in fact I won't even say I found her but rather that God gave her to me."

Mampintsha also said he felt the "whole thing" was an ambush and perhaps part of a plan to tarnish his name.

"The defaming things that were said about me in my absence - because I respect Metro FM station and I know if they had said there's something important that needs to be said with regard to Babes and I or our love I would have been there. What should have happened is they should have called me while she was in studio then. But from what I've seen it looks like she was ambushed because there's a third party involved."

In the video obtained by TshisaLIVE, Mampintsha said it was clear Babes is confused by the allegations.
TshisaLIVE
3 years ago

Mampintsha claimed that haters used the platform to defame him and questioned why other people spoke on Babes' behalf.

“What Babes and I have is true love and I actually don't think that anything will stop our love. Not friends or whatever will come between us. I love Babes a lot and she knows that. And, I will always guard her and protect her."

The West Ink owner said contrary to popular belief even though he met Babes through his work he had no idea that she sang and danced. He said that wasn't what attracted her to him. He said when Babes blew up; he continued to support her in every way possible.

"Since I started dating Babes, there have been a lot of fights and people against us. There were also things going on like crashing of cars, as people have always fought him for Babes. So I started fighting for Babes and our love for a long time."

In the video obtained by TshisaLIVE, Mampintsha said it was clear Babes is confused by the allegations.
TshisaLIVE
3 years ago