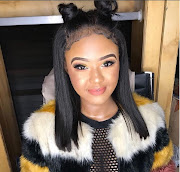 Image: Via Instagram Babes Wodumo's father said he was not aware of the claims made by Masechaba.

Babes Wodumo's father Reverend Welcome Simelane has slammed the way Masechaba Ndlovu handled an interview with his daughter, in which she claimed Babes was being abused by her longterm partner, Mampintsha.

In a statement issued to the media on Wednesday, Reverend Welcome said his daughter was "caught off guard" during the interview.

"Metro FM left us with many unanswered questions. It was clear from the interview that our daughter was not ready and was caught off guard by the presenters. We hope responses about this interview will come from those relevant," said Welcome.

He said that the family had no knowledge of the abuse allegations and were just as shocked as everyone else.

Welcome said that as a family it was not in their culture to get involved in their children's private relationships or work matters, but in this case they were forced to voice their shock because of the recent killings of women by people they were in relationships with.

"We were shocked to hear about it (the alleged abuse), we want the nation to know that we are against any kind of abuse against women. We were not even aware they were dating."

Welcome also revealed that Babes was now an independent artist and had started her own record label, Wena Wodumo Entertainment.

“After all, we thank Mandla Maphumulo for discovering talent in Babes and grooming her to be where she currently is. We thank all those who supported our daughter, it’s truly showed how much she is loved."

Welcome also thanked everyone for the overwhelming support that Babes has received since the allegations emerged.

"You have showed you love her, God bless".

Babes and Mampintsha's romance has been making headlines since the Wololo hitmaker was confronted about abuse allegations by Masechaba during an interview on Metro FM last Friday evening. Masechaba claimed that she was aware that Babes was allegedly being abused by Mampintsha.

Mampintsha has since released a statement, a video and was on Metro FM on Monday. He has not confirmed or denied the allegations but instead labelled the incident an "ambush tactic" by a third party.

Masechaba also faced major backlash for the way she handled the interview as Babes said she did not want to comment and then wept when the claims were been made.