Business as usual for Babes Wodumo amidst abuse claims 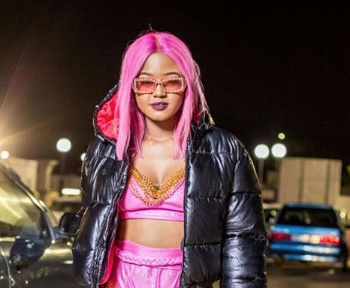 Babes Wodumo will not let fans down.

Even though it's been a tough week for Babes Wodumo as abuse allegations surrounding her personal relationship with Mampintsha continues to be a topic of discussion, she is determined not to let her fans down.

Tira shared a poster of the event on Instagram, which also has Babes' newly launched record label Wena Wodumo featured on it.

Babes' manager Keke Mokoena told TshiaLIVE that it was business as usual for the musician has she had obligations to fulfill.

"Babes has to perform because she has to work."

Keke was coy to shed light on Babes' current state of mind or how she was holding up.

Babes father Reverend Welcome Simelane issued a statement to the media on Wednesday morning expressing shock over the abuse allegations.

He said that as a family they did not condone abuse of any form.

"We were shocked to hear about it (the alleged abuse), we want the nation to know that we are against any kind of abuse against women. We were not even aware they were dating."

He added that the way Metro FM presenter Masechaba Ndlovu confronted Babes during the interview "caught her off guard".

OPINION | Mampintsha abuse allegations: for how long must we turn a blind eye?