The DJ's highly-anticipated album should be done in August. 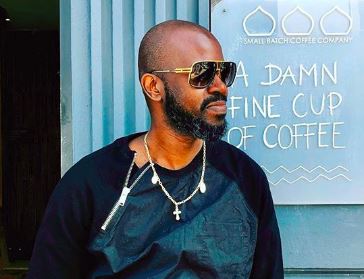 DJ Black Coffee keeps moving the bar higher and higher and says his upcoming album will do the same.
Image: Via Instagram

DJ Black Coffee plans to share the world with Mzansi through his star-studded album, which he plans to drop later this year and he's already confirmed collabs with Pharrell Williams and Akon.

The world-renowned DJ confirmed to Complex News that most of the collaborations he has hinted at in the past will be part of his upcoming album which he hopes to release by end of August.

Coffee further revealed that one of his dream collabos was already in the bag with his fave Pharrell, plus he is assisting David Guetta with his album in his capacity as a producer.

"I have a lot of them, one of them it’s like almost happening, which is Pharrell. We working on a song already, we spent some time in studio. I’m also working, helping David Guetta in doing his album, I’m in studio with him next week."

Y'all remember when he posted that lil teaser on Instagram last year?

Beautiful Vibes in Studio with one of the Realest @pharrell yesterday....Africa is the Future 🙏🏿🙏🏿🙏🏿🙏🏿🙏🏿

Black Coffee said he planned on making his next album for global appeal by accommodating everyone he loves, both at home and in the world.

"I’m working on my album, so I’m kinda like working with everyone that I really love. So I’m putting together this body of work that I’m hopefully gonna release by the end of August."

And just because he love us (Mzansi) so much, Black Coffee also said in addition to taking Mzansi to the world, he would also bring the world to Mzansi, like UK star Tom Misch.

The incident is still under investigation.
TshisaLIVE
4 years ago

"If a relationship isn't working out I will move on to find my happiness somewhere else and I won't apologise for living my life," says Mshoza.
TshisaLIVE
4 years ago

Would you pass up a free wish? Probably not, but Noluthando would!

Noluthando Meje gets candid about the woman away from the spotlight.
TshisaLIVE
4 years ago