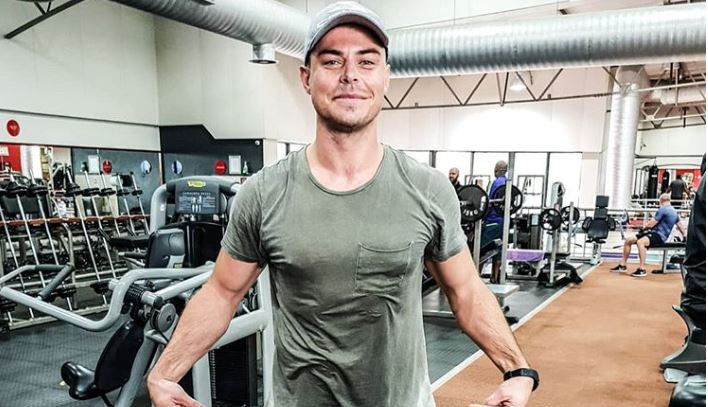 Bobby van Jaarsveld says people often think he is an attention-seeker but he is actually really private.
Image: Via Bobby's Instagram

He may have a brand new season of his hit reality show and a first album in four years on the horizon, but Afrikaans superstar Bobby van Jaarsveld says he is keen to step out of the spotlight and take a break from fame for a bit.

Speaking to TshisaLIVE ahead of his upcoming show at Jacaranda Day with Jacaranda FM  next month, Bobby said he was excited to give fans a show-stopping performance at the event and was gearing up to deliver all of his classics to an excited audience.

"I always have a full band which I will be performing with. We are really looking forward to it because it is always a great day out and the crowd is always so hyped for it."

But while his preparations for the day are going full steam ahead, Bobby said he was also looking forward to taking a break from the spotlight soon.

"At this moment in time, I am trying to step out of the spotlight for a while. It is important to be quiet for a while. I need it for myself.  There is a fine line between exposure and overexposure," he explained.

Bobby said that he was keen to go travelling and spend time with his family, but was also going to hit the studio to work on his next album, his first in nearly four years.

"It should be out in the next three months. We are working hard on it at the moment," he added.

Fans can also look forward to another season of his reality show with sister Karlien, In Jou Skoene.

Bobby said that with all the attention his family gets, sometimes people think he is a chasing fame.

"I think a lot of people think that me and my sister want to be in the media all the time but there comes a time in your life where you can't really help it. We are really private people but that is not always possible. People think we like the attention but we really don't."

Bobby said he has learnt a lot from his 13 years in the music industry and was keen to share some of those lessons in his music at Jacaranda Day.

"I am a different artist to what I was when I started. The energy is still there but I think I am able to read the audience better. I am excited to play at Jacaranda Day again and get feel the energy my fans bring."

The incident is still under investigation.
TshisaLIVE
3 years ago

The ball is in her court. We can be behind her and say all the things but if she is not saying anything, all we do is in vain."
TshisaLIVE
3 years ago