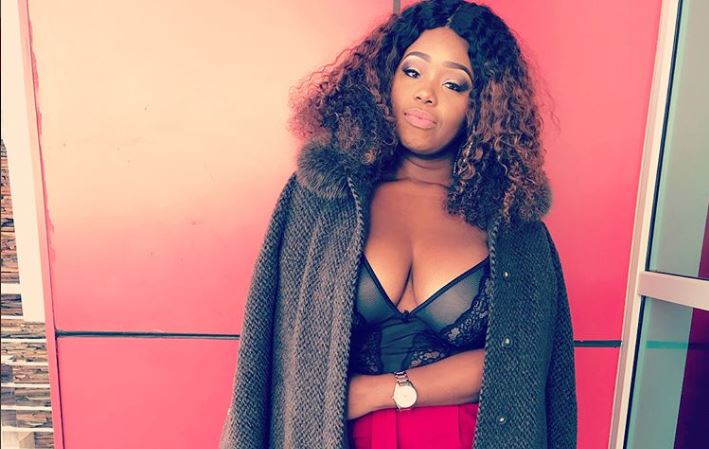 Uzalo actress Nokuthula "Nocxy" Mabika may be living the life but don't come at her with claims she is a slay queen.

The star has impeccable fashion sense and drives a luxury car but told TshisaLIVE she works hard for her money.

"I work too hard to be a slay queen. A slay queen is someone who is jetting off to Dubai all the time with their blessers. They are the ones staying late in the club, that is really not me. They always say that Durban girls are slay queens but I am not," she said with a laugh.

Nocxy's role as Thobile has attracted a lot of attention from the boys and she said her DMs are filled with more thirst than a wanderer in the desert.

"I just ignore it. You know those messages that go: 'Hey Nocxy, you're my everyday crush'. Sometimes I thank them and then send them a laughing face."

The star is focused on not only her acting but also a growing music career that she hopes will show that she is more than a one-trick pony.

And like many young actors she is focusing on bigger, Hollywood, things.

Perseverance is a great element of success #hollywood #theultimatedream

"My dream of one day being in Hollywood pushes me to work harder. I look at the likes of Trevor Noah and John Kani and they inspire me. It's on my mind 24/7. I need to be in Hollywood."

Uzalo’s Nocxy got funny looks when she rode an Uber, so she got herself a BMW

"It was a mess, a struggle everyday. People would judge me, they would say 'she is on TV how can she not have a car? "
TshisaLIVE
3 years ago

Masoja gets some stuff off his chest.
TshisaLIVE
3 years ago

Khaya Dladla has so much more in store for SA. Ye,s even bigger than GC or Gold Diva!
TshisaLIVE
3 years ago