Siyabonga Shibe explains why he never SLEEPS on his guap 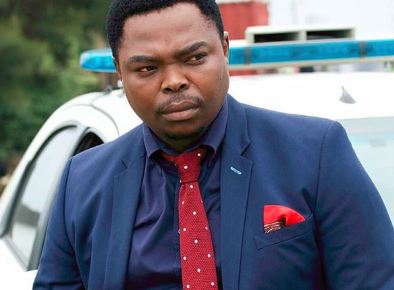 Siyabonga Shibe says the change needed in the acting industry needs to start at the very top, with government and proper regulation.
Image: Via Instagram

In an interview with TshisaLIVE, Uzalo’s Siyabonga Shibe, an actor synonymous with brilliant acting and constantly reminding productions to pay him what he's worth explained why a respectable actor’s salary matters so much to him.

Siyabonga has made many headlines over his ten-year career for never being afraid to say he wants more money for his craft and often walking away when his worth was not matched. Many actresses with the same track record have been labelled divas but Siyabonga added that male actors also got a label.

“It’s actually the same for both male and females to be labelled as difficult for knowing your worth and it’s always the case in SA.”

“But the issue begins with us as actors. When we compromise, we making it hard for others to state their worth because we are always willing to compromise. The production house tells you they need you but they don’t have enough budget and we jump. Of course the problem. is deeper than that. At times it’s true; they don’t have money because the channel hasn’t paid. There’s a lack of regulation also at play. The ones who state their worth stand out.”

Siyabonga Shibe: People would always ask me why I rode in a taxi

Siyabonga says the pressure from the industry can get too much for some stars.
TshisaLIVE
4 years ago

In 2007 Siya controversially resigned from Mtunizini.com claiming he wasn’t paid enough. The actor added that he still believes he’s not paid enough for the job he does.

Siyabonga said his biggest issue was that the SA acting industry was selective in what they want artists to have in common with Hollywood stars. He said production houses and channels always expected Hollywood-worthy performances but wanted to pay second-class salaries.

“The main issue for me with this industry is that you are expected to live a certain life and there’s so much comparison. There are places like Hollywood, from which we have many aspirations. Then there are certain things that our industry expects us to turn a blind eye on.”

The Uzalo actor said contrary to popular belief, it wasn’t greed that compelled him to always bring up actor's salaries. He said he knew it was just one aspect of the many inequalities and injustice of the industry but he felt it was one that was always ignored due to fear of being an outcast.

Siyabonga Shibe has played some character that have left him shaken as a man.
TshisaLIVE
4 years ago

Khaya Dladla has so much more in store for SA. Ye,s even bigger than GC or Gold Diva!
TshisaLIVE
4 years ago

'Every dog has its day' - AKA responds to YouTube sabotage

AKA won't let the his enemies win.
TshisaLIVE
4 years ago