With the excitement, I actually forgot I won so much money - Miss SA Tamaryn Green 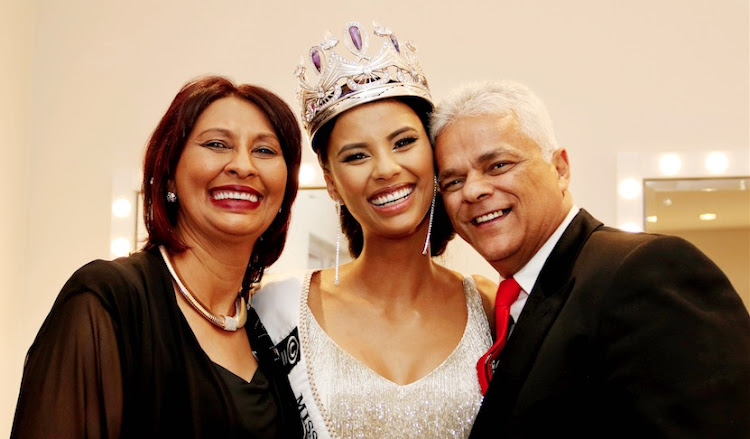 Newly crowned Miss South Africa Tamaryn Green didn't get a wink of sleep last night because of the "excitement and adrenalin" that came with scooping the coveted crown.

Tamaryn, who is a 23-year-old medical student from Paarl in the Western Cape, beat 11 other young women when she was crowned Miss SA at the Sun Arena in Pretoria on Sunday night.

An elated Tamaryn told TshisaLIVE on Monday that she battled to find words to express the way she was feeling.

"To be honest I didn't sleep at all because of the excitement and adrenalin, but it all hit me when I watched a video of the moment my name was called out. It all happened so fast that I didn't have time to process the emotions, so when I watched the video I became emotional. I can't believe that a dream I had for so long became a reality and that I am living my dream."

The beauty queen will also represent the country at the Miss Universe pageant later this year, while runner up Thulisa Keyi walked away with the Miss World SA title and will strut her stuff at that competition.

Tamaryn walked away with a prize package worth R3-million which includes a R1-million cash prize, a swanky Sandton apartment for the year of her reign and a Nissan Qashqai.

When asked what she was going to do with all that guap, Tamaryn said she honestly didn't have a clue.

"I actually forgot that I had won so much money and someone reminded me this morning. I have no idea what I'm going to do with it, but I want to give something back to my parents for putting me through my studies and being there."

Before the Miss SA pageant, Tamaryn said life was all about studying and that her entire life changed the moment the crown was placed on her head.

She said she was looking forward to meeting new people and the exciting journey that lay ahead of her.

"I am passionate about children's health and educating mothers on how to prevent child illness and diseases because it is prevalent in South Africa, so this is definitely something I will use this new platform to focus on."

Tamaryn Green was crowned Miss South Africa at an extravagant event on May 27 2018. Here are five things to know about South Africa’s new ambassador. Subscribe to TimesLIVE here: https://www.youtube.com/user/TimesLive

Miss SA: No time to play, Bonang came to slay

Bonang Matheba completely nailed it as host of the swanky Miss SA pageant.
TshisaLIVE
3 years ago

Tamaryn Green walked away with a R3-million prize as Miss South Africa.
TshisaLIVE
3 years ago

Lady Zamar has become a major talking point on Twitter for her fashion sense.
TshisaLIVE
3 years ago

Buddies no longer: Maps and Nomzamo are overs!
TshisaLIVE
3 years ago