Review: Prince Kaybee's remix leaves you wanting more, except IT IS more 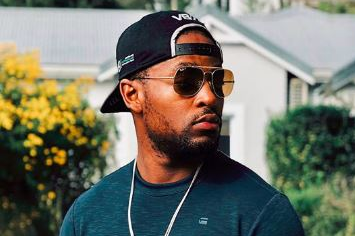 Prince Kaybee has given Mzansi a new reason to never leave the dancefloor.
Image: Via Instagram

From the moment we heard snippets of Prince Kaybee’s Club Controller remix, we knew it was going to blow Mzansi’s mind.

He released both the song and music video on Friday and it's still trending at number one on YouTube. And, to be honest,  from the reaction it's safe to say it is pure fire.

Well, because the original Club Controller does that thing that makes the vosho, the 'Thuso Phala' and the gwara gwara to be done. Like every time it plays.

Well, the song basically has the royalty of hit making where dance music is concerned. This version includes Bucie, Mpumi, Ziyon, Busiswa, Nokwazi and Naak Musiq in addition to TNS & LaSoulmates and Zanda Zakuza.

Everyone on the roster murdered their lines and brought a different feel to the song.

For example, Busiswa brought that gqom queen spirit, Bucie had that princess of house vibe going while Naak gives a lil something for the ladies (it's all in the voice) and Ziyon brought back that twang we all miss from Liquideep.

It is worth noting that since the rise of gqom, most songs have been sleeping on including great vocals or great lyrics. But not in this song. This song works!

So why does it work?

Because these people are us. Each artist reacts to the original song and talks about what it means to them.

The visuals are also stunning and the dance moves are uber impressive.

So, yeah, well done to Kaybee and the team.

Every time we listen to the song =  Ke Dezemba Boss!

Buddies no longer: Maps and Nomzamo are overs!
TshisaLIVE
3 years ago

Siyabonga Shibe explains why he never SLEEPS on his guap

Khaya says celebs ask for loans just so they can check in at exotic locations and take selfies.
TshisaLIVE
3 years ago

" A slay queen is someone who is jetting off to Dubai all the time with their blessers. They are the ones staying late in the club"
TshisaLIVE
3 years ago

'SA acts need to be more unique'
TshisaLIVE
3 years ago