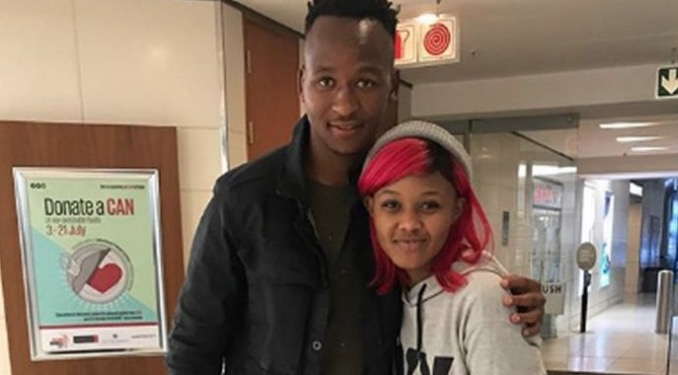 Brilliant Khuzwayo and Babes Wodumo are not an item.
Image: Via Instagram

Babes Wodumo and Brilliant Khuzwayo have poured cold water on dating rumours yet again, after they were apparently spotted getting cozy at the Umlazi Picnic music festival last weekend, Isolezwe reports.

As reported by TshisaLIVE last week, Babes and Mampintsha were billed to perform at the festival just days after abuse allegations involving the former lovebirds sent shockwaves across the nation.

According to Isolezwe Babes and Brilliant were spotted arriving at the festival together and were apparently also seen happily chatting and sharing laughs together.

In an exclusive interview with the paper Babes put the rumours on blast.

"Does it mean that every man that I'm spotted with is my man? I also have a bodyguard named Sthe, people will say that I'm dating him."

Babes claimed that Brilliant had also apparently paid lobola for another woman, so it was not possible for her to be dating him.

"How can I be in a relationship with someone who is committed? It won't sit well with me to hear that the love of my love who promised to marry me is in relationship with another person. I wont hurt another woman like that."

Brilliant told the paper that he had no idea where the rumours came from.

Babes' love life has been a topic of discussion ever since Masechaba Ndlovu confronted her about allegedly being abused by Mampintsha during an interview on Metro FM two weeks ago.

Mampintsha has since been interviewed by the station to address the claims but he neither confirmed or denied the claims. Instead he labelled it an 'ambush tactic' and blamed a third hand.

Organisers of the Umlazi Picnic told TshisaLIVE that his performance would go ahead as planned, because there was no public pressure to remove him.

"There is no pressure to drop him and we won't drop him," organiser DJ Tira said.