Bongile Mantsai joins Scandal! as a villain & he's ready to be hated 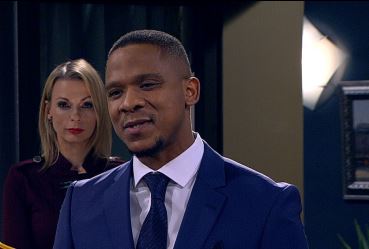 In the controversial Xhosa film Inxeba, Bongile Mantsai's character is brilliant in stirring up viewers emotions and as a villain in Scandal!, the actor said he plans on doing the same thing.

Bongile joined the cast of Scandal! as Mthunzi Mayisa, a 33-year-old villain who is driven by revenge, but comes across as extremely innocent and pleasant. He told TshisaLIVE he is looking forward to having people "love to hate him".

Mzansi dramas and soapies have given us some of the best villains on TV. Characters like Jack Mabaso, Ann de Villers, Ntsiki Lukhele and Barker Heinz  have made an art out of playing the villain.

The actors who followed have had to pull out all the stops to get Mzansi to hate the villains they portray, but Bongile shared that he's loving the challenge.

Bongile said he couldn't wait to be a daily feature in a soapie, with people watching him.

Since Inxeba, what have you been working on?

What fascinated you the most about your Scandal! character?

The fact that you can’t place him. He is quite unpredictable.

We've had many iconic villains on TV, do you have one that you loved?

Vusi Kunene who plays Jack Mabaso is one of my favourites. I like that he is a smooth operator and there is a sense of quality with how he plays his character and that goes with experience. I like it when the average person can’t tell that this individual is a villain because the image is against the actions.

Side note: Jack Mabaso was so iconic as a villain that people are still scared of him, even in real life.

What kind of villain would you say Mthunzi is?

He’s a chameleon, a planner that works with what he has. The fact that Mthunzi is such a chameleon makes it more interesting to bring him to life, he plays different characters to different people and different situations.

What do you think your audience will love or hate most about him?

Hate: He thinks the world owes him.

Love: He is charming, you love to hate him and he has impeccable style.

Babes Wodumo claims that Brilliant Khuzwayo has paid lobola for another woman already.
TshisaLIVE
4 years ago

Sjava said his next project could be his last for a while.
TshisaLIVE
4 years ago

Bonang spills the tea on dating famous men and heartbreak

Bonang Matheba says dating someone famous is difficult and takes a lot of patience.
TshisaLIVE
4 years ago

Shimza can't wait to cement his name in Ibiza.
TshisaLIVE
4 years ago

Khaya Dladla is working on his music & we have the deets!

Will it be gqom, soul or house? There's also a song sang in Hindi...
TshisaLIVE
4 years ago