Vusi Nova opens up about breaking promises in his past relationships

And he's put it all in a heartbreak song. 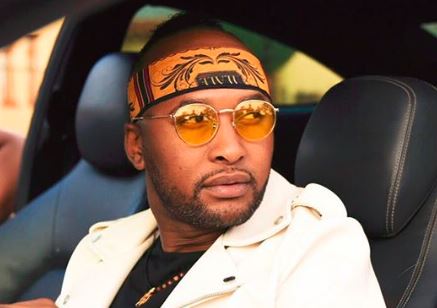 Vusi Nova's next single is all about heartbreak.
Image: Via Instagram/VusiNova1

If you've ever been heartbroken... like a proper I resign from all relationships kinda of break-up, then you've probably had a playlist with Adele, Sam Smith, Drake and Toni Braxton, but in case you need to bring it back home, Vusi Nova's latest single is the song for you.

Vusi told TshisaLIVE that he was initially afraid to put parts of his life story on paper but had to for his healing.

"Initially I was afraid of how the song would paint me, because it is my personal story. I do say in the song that I am a man who always wants to keep his promises but sometimes the heart just wants what it wants."

The single titled Ndizakulinda, is taken off his upcoming album that will be launched in August and is all about  heartbreak and how Vusi broke his promise to "wait" for his then partner.

"I write about things that happen in my life, as a form of therapy. It's part of my journey of healing. I promised to wait for someone but at some point my heart just couldn't do it anymore."

Vusi said his was not a case of being separated by a physical distance. He said that at times you love a person and find that they just don't match your love properly and that is what happened.

"My story is bit dramatic but my promise was that I would wait for my then partner to love me the way I deserve to be loved. I said I'd wait for her to live her best life and when she's ready to love me, she'd find me where she left me. But then later my heart just decided 'voetsek I won't do it anymore'."

Vusi also let us in on a fun fact. The same ex he writes about Ndikuthandile, Thandiwe is the same one we will hear about in the emotional rollercoaster of his upcoming album.

The singer laughed when we asked him if the ex in question knows that she has inspired hit songs. However, he revealed that he and his ex-partner decided to stay friends and occasionally talk.

"I love this person but I've decided that I will love from a distance."

Vusi's upcoming album promises to surpass all expectations and the singer also gives the people what they want with confirmed collaborations with Kelly Khumalo, 047 and Ntando.

Vandag is die dag. Finally the day is here! The 3 of us including @samthingsoweto @thamishobede @bekezelamusic @047_za and the vratazation that is @somizi will be at the #SunArenaMenlyn in Pretoria this evening. Tickets still available at computicket and at the door! If u don't have your tickets, shhhemmm! @ntando_official @kellykhumaloza #EveningOfLove

Vusi has never set a foot wrong with his singles so far and it doesn't look like he'll be heading that way anytime soon.

Ndizakulinda sounds like the jam you will play on repeat with a glass of wine, some chocolates, ice cream and a box of tissues to nurse your heart back to life, when they leave you for winter stocko.

The single comes out on Friday.

Releasing my brand new single "NDIZAKULINDA" this Friday. Story of my life continues.............

Bonang spills the tea on dating famous men and heartbreak

Bonang Matheba says dating someone famous is difficult and takes a lot of patience.
TshisaLIVE
4 years ago

Sjava said his next project could be his last for a while.
TshisaLIVE
4 years ago

Shimza can't wait to cement his name in Ibiza.
TshisaLIVE
4 years ago

Khaya Dladla is working on his music & we have the deets!

Will it be gqom, soul or house? There's also a song sang in Hindi...
TshisaLIVE
4 years ago