AKA drops major files on #Beyonce & the internet is a mess 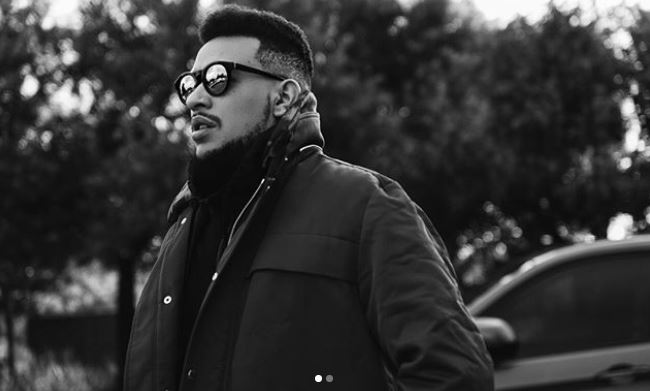 Just when we thought this week couldn't get any more stressful, AKA dropped a track that has more files than a nail bar in Sandton.

The track is called Beyonce but it isn't about Queen Bey in America. The Twitter streets still think it is about our own Queen B, Bonang.

A viral video released on Twitter this week saw AKA drop some bars from the song.

"Waited two years just to see you with your weave off... What that say about your character, you was f**king me while I was paying damages,"

Bonang trended after that and has been the topic of conversation ever since. The streets got messier when the full track dropped on Friday and the spice was pouring like masala in a curry pot.

The track opened with lines like: "How you gonna be my fiance living like Rihanna, thinking you Beyonce" and "When I left my baby mama I thought you will be my soulmate – you was a bomb bae".

His mentions of their infamous Mozambique trip and baby mama drama had people convinced it was Bonang he was talking about, and when he said he couldn't keep up with her "DMs and airbrush" folks were tripped up like...

Just to show everyone he's in control, the rapper took to his Twitter throne to tell the world not to thank him for the music but thank God for  giving us AKA.

Don’t thank AKA for the music. Thank God for AKA.

The Twitter paramedics had to be called for all the chaos on the timelines, with people sharing the massacre in memes and jokes.

I had a dream like dejavú.. I'll always remember you.. Whether things are good or bad.. I got the memories.. Henessy!! Straight up no dash. All these things I can't hold back.. KING AND QUEEN!! 😭🎶🎶💉 #Beyonce pic.twitter.com/tb90j7WhOK

So there are some guys who still sulks over a break up...shuuuuu!! #Beyonce reminds me of the day when u refuse a guy an he say: "ucathi ngizoku kopa" guy get over it. No need telling the world your persona business. 👎👎 pic.twitter.com/xcgdGHY3op

#Beyonce "always thought this sh*t will last forever now we need a miracle just to make it through december" 😭😭 pic.twitter.com/0jVdMbquxw

#Beyonce Dear God, deliver us from ex's like AKA.... moer pic.twitter.com/9z2c55JyJF

"When I left baby mama,I thought you be ma soul mate" #Beyonce pic.twitter.com/caQOIRoZ5b

Others were out there trying to decipher the lyrics like it's CSI: Mzansi.

How you going to be my Beyonce? Living like Rihanna

A round of applause for AKA pic.twitter.com/NCx2KZiBgT

Now it all makes sense. Queen B stands for Beyonce and Bonang. So AKA released a song about Beyonce, meaning he's talking about Bonang 😐

Whose side are you on? Mzansi shook after that AKA video

Team AKA or team Bonang? Mzansi is split, yo.
TshisaLIVE
3 years ago

So much flames in a 60 second clip fam. AKA went in...
TshisaLIVE
3 years ago